The Tencent Red Magic Game Phone 6 will be released on March 4. Apart from this product, the manufacturer will also launch a new wearable the Red Magic smartwatch.

According to the previous promo content, the Red Magic watch uses a 1.39-inch AMOLED screen, an alloy case, weighs only 30 grams, has a battery life of 15 days, and supports all-weather screen display. Ni Fei said its look and feel and interactive operation experience are excellent.

In addition, this watch will support 16 sports modes, 50 meters waterproof rating, the first football sports mode (can record the running heat map and sports conditions of the whole game).

As for the Red Magic gaming phone 6, both models (the standard and the Pro) were approved for network access. The models are NX669J and NX669J-P, respectively.

In addition, the Red Magic 6 series will the first to release a 165Hz ultra-high refresh rate screen. Thus, it will become gaming phone with the highest refresh rate among Chinese smartphones. 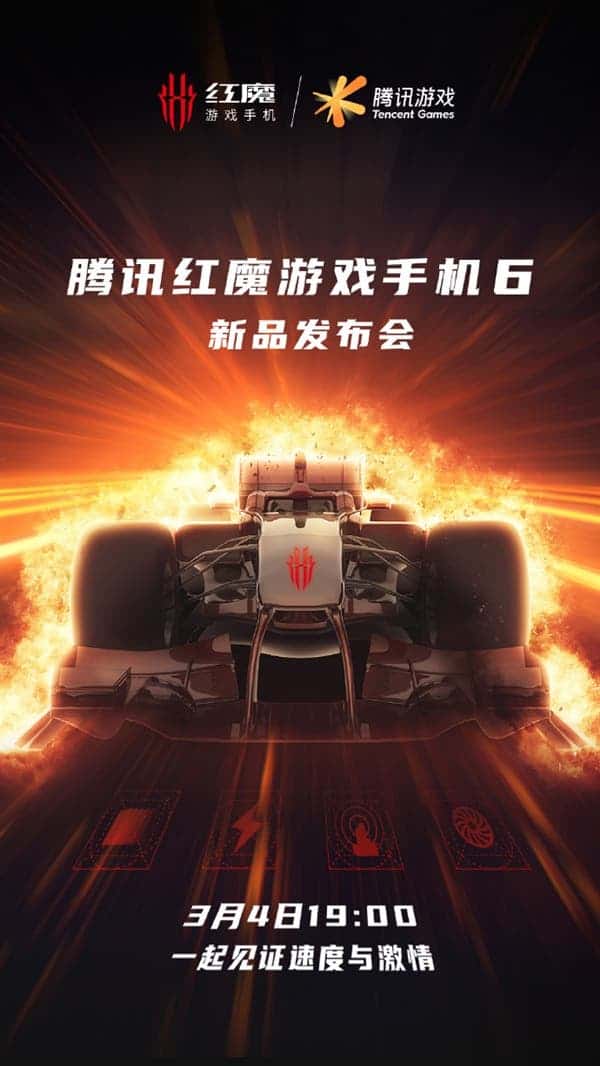 Ni Fei pointed out that the Tencent Red Magic 6 accidentally won two titles of the fastest in the industry. The screen touch sampling rate is 500Hz for single finger and 360Hz for multi-finger operations. The time is as low as 8 milliseconds.

More importantly, the Red Magic 6 series continues to bring the best air-cooled heat dissipation experience. The built-in high-speed centrifugal fan is up to 20,000 rpm, which is comparable to the speed of an F1 racing engine. The fan blades have increased to 59, and the maximum speed of the blade end is 14m/s. With the new canyon air duct design, the air heat transfer coefficient is increased by 500%. And the CPU core temperature can be reduced by 16°C.