As you know, the smartphone was launched for selected regions only. Hence, the device has received the update in NA and EU. The NA variant has been updated to OxygenOS 10.5.6. While the EU variant has been updated to OxygenOS 10.5.8. Last month, the devices received a security patch update for January 2021 and now they have pushed to February 2021 patch. It is good to see that OnePlus is taking software updates seriously on their newly launched Nord lineup.

Below is the changelog for the new update

As you can see, the update has three highlights. The new software update not only improves standby power consumption but also fixes known issues with the device. Lastly, the device has received the latest Android security patch as well. This update will be received via OTA update. It is being released in batches. So if you have not received the update yet, then just wait you will receive the update soon. 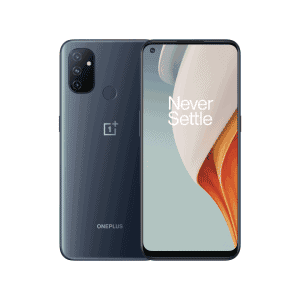 The OnePlus N100 is an entry-level smartphone. It comes with a 6.52-inch IPS LCD panel with a 90Hz refresh rate. The resolution of the display is HD+ and is protected by Corning Gorilla Glass 3. The device has a triple rear camera setup comprising of 13MP primary, 2MP macro, and 2MP depth sensor. On the front, you will find an 8MP selfie shooter.

OnePlus Nord N100 is powered by the Qualcomm Snapdragon 460 chipset. It is an 11 nm-based chipset and comes with Adreno 610 GPU. There is a 5000mAH battery with 18W fast charging support. It came with OxygenOS 10.5 based on Android 10 out of the box. The device shares a lot of similarities with Realme C17 which I unboxed. But the key to the success of this particular device is the software experience it offers. Pure Android experience phones are very limited and so the OnePlus N100 provides a similar experience without spending too much.

Next Xiaomi launched what Apple couldn't do: a charging dock like the AirPower