At a massive event yesterday, Xiaomi released a plethora of devices. The company unveiled the Xiaomi Mi 11 Ultra, Mi 11 Pro, Mi 11 Lite, Xiaomi Mi Band 6, a new Xiaomi Router, and other accessories. However, the company announced at yesterday’s event that it will unveil the MIX products later today. In addition to the Xiaomi Mi MIX Fold, we also expect a Xiaomi air-conditioner as well as a notebook. 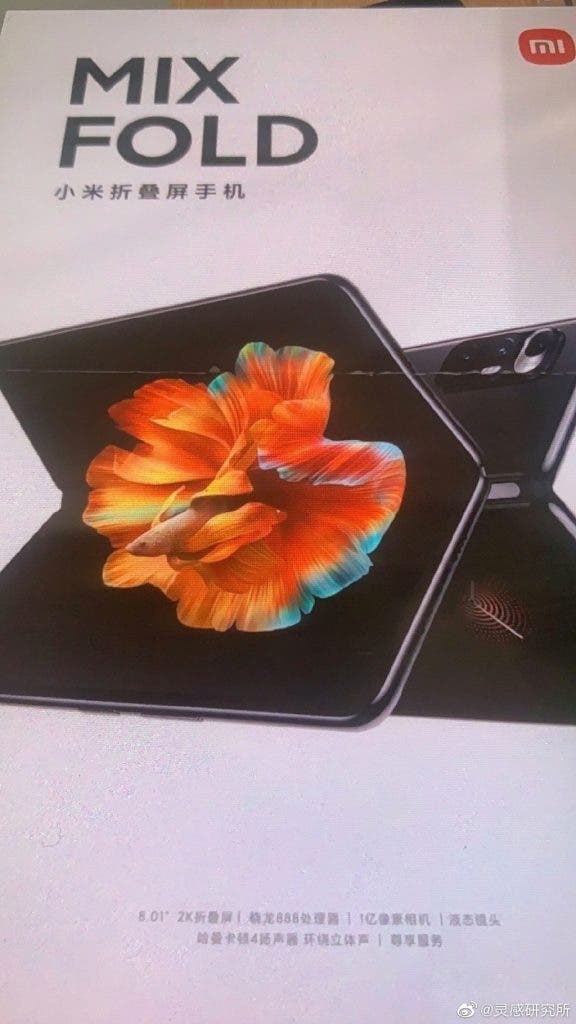 At 19:30 tonight, Xiaomi will hold another conference for the folding screen Xiaomi Mi MIX that everyone is looking forward to. In addition to the official launch, we will get other details for this device. Presently, we have information on the foldable screen as well as the suppliers of the screen. However, a recent offline promotional poster further reveals the display of the Xiaomi Mi MIX foldable smartphone.

This is the first offline appearance of this device – any calls it Xiaomi Mi MIX Fold. Nevertheless, the exact official name of this smartphone is still under wraps. The offline poster confirms that this device is a foldable phone and it also reveals some core information.

Specifically, the poster shows that the Xiaomi Mi MIX Fold comes with an internal foldable screen design. The internal screen is an 8.01-inch 2K screen, which does not seem to have a big gap after closing. In addition, the camera module of this smartphone looks very similar to that of the Xiaomi Mi 10S. The main camera is a 108MP sensor. The telephoto lens is the world’s first liquid lens. Furthermore, there is a flowable liquid film that replaces the traditional optical lens. This positively changes the focal length and focus.

In other respects, the Xiaomi Mi MIX Fold comes with the Snapdragon 888 processor. It also uses the Harman Kardon 4 speakers, and also provides exclusive services. However, we do not know the details of these exclusive services for now.

At this event, the company will also unveil a new surging self-developed chip. There are no speculations with regards to this device thus we have to look forward to its official launch. In terms of price, there is no information on the Xiaomi Mi MIX foldable phone price. However, it will not be cheap. Recall that the Xiaomi Mi MIX Alpha that never hit the market was not cheap. In fact, there is no cheap foldable phone in the market presently.