Earlier today, Xiaomi officially announced the return of the MIX series. As the Weibo post says, ‘I’m Coming Back’. 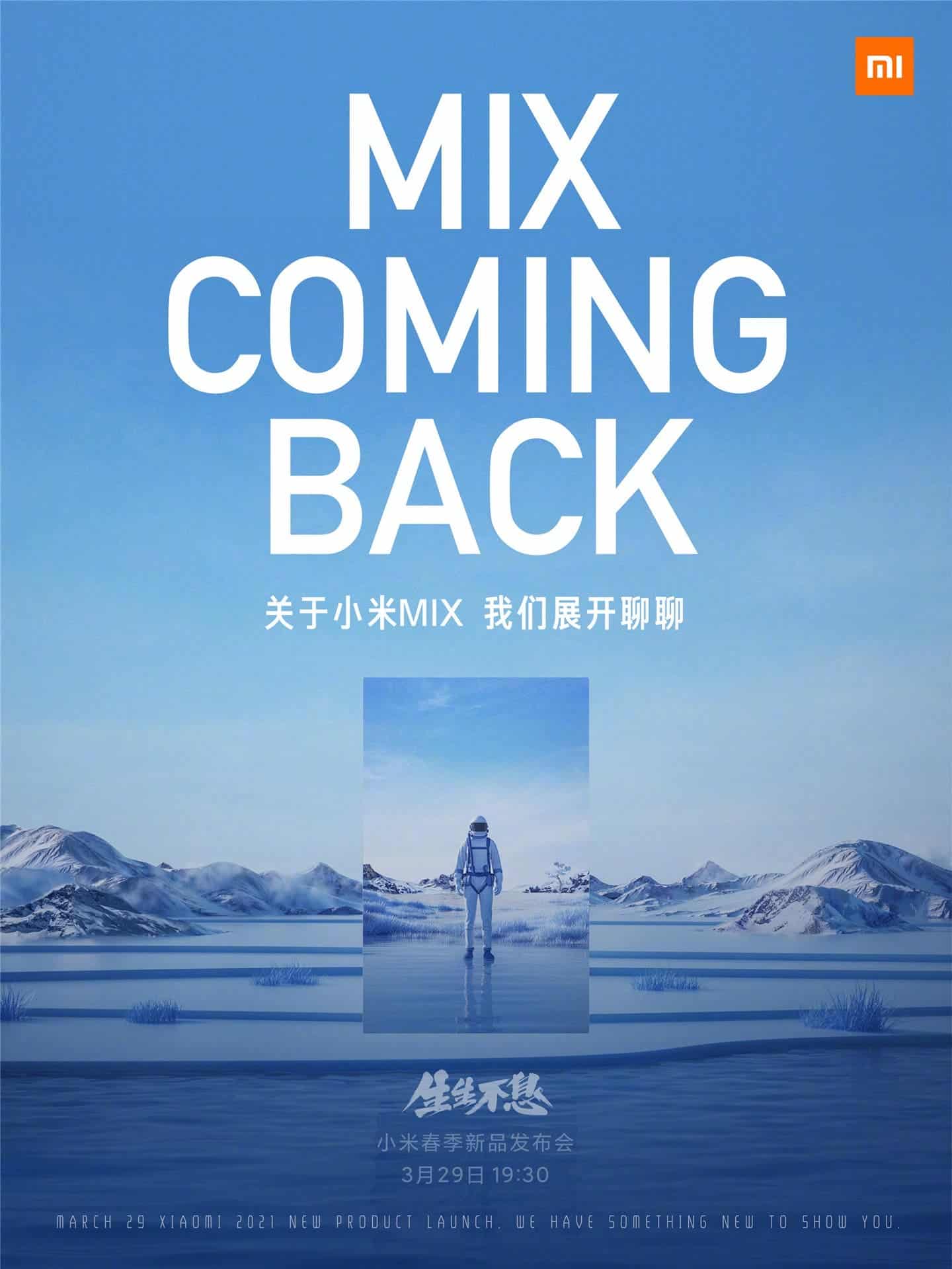 The MIX series smartphones are the most anticipated products for many Xiaomi users. The latest MIX 3 was released on October 25, 2018. It was the fourth product of the Mi MIX series.

Also, the company issued a statement, saying ‘Xiaomi MIX returns after two years! Due to its endless technical strength, it will live up to the expectations of hundreds of millions of users.’

As you should know, Xiaomi will hold a new product launch conference on March 29. At the event, apart from the Xiaomi Mi 11 Pro / Ultra, the manufacturer will also release a number of other products such as the Xiaomi Mi MIX Fold, the new Mi Notebook Pro, and a new Air conditioner with a smartphone-grade hardware.

In February of this year, Xiaomi founder, chairman and CEO Lei Jun revealed in a conversation that the new MIX 4 will be launched this year. Plus, he disclosed that the new Xiaomi tablet will hit the market as well. But yesterday, we learned that the latter won’t attend the conference.

Well, we have heard too much about the upcoming Xiaomi Mi MIX Fold handset. But today, the company said that it is going to be the world’s first smartphone using a liquid lens. As Xiaomi explains, the liquid lens has an optical structure similar to a human eye lens instead of a traditional optical lens. The flowable liquid is wrapped by a film, replacing the traditional optical lens, and realizing the change of focal length and focus. So it is smaller and focuses faster.

Xiaomi’s self-developed liquid lens makes it possible for macro and telephoto to coexist. The liquid structure of the crystalline lens can precisely control the shape of the liquid spherical surface through a motor to achieve precise and rapid focusing. At the same time, it has the characteristics of high light transmittance, ultra-low dispersion and resistance to extreme environments.

Lei Jun also shared a film about the miraculous liquid lens of the Mi MIX.

Next OnePlus 9 / Pro Getting First Update That Brings Important Improvements