Today, a Weibo tipster revealed that the upcoming Xiaomi Mi CC10 series will sport Qualcomm’s latest sub-flagship chip, Snapdragon 870. Plus, it will have a flexible screen. Prior to this, the same source disclosed the battery capacity of this phone, saying it will reach 4360mAh. At this moment, this is all we know about the upcoming smartphone series.

As you should remember, back in 2019, Xiaomi and Meitu signed a cooperation agreement. Based on the latter, Xiaomi took the management of Meitu’s smartphone business. Soon after this agreement, the company announced Xiaomi Mi CC9 series. At the same time, the Mi CC9 Pro was the first mass-produced smartphone sporting a 100MP camera. Apart from these two, there was the third model, the customized version of CC9 Meitu.

It is worth mentioning that as Meitu took back the authorization of Meitu smartphones this year. Reportedly, we have heard that Xiaomi had suspended the CC series. But it’s almost a year that we are getting various information concerning the next CC10 line models. Say, back in June 2020, we got information that the Xiaomi Mi CC10 will come with a 120x telephoto lens. Shortly after this leak, we saw some protective cases that revealed the actual look of the upcoming device. Moreover, our protagonist even managed to spot in spy photos.

Well, today’s leaked information says that the Xiaomi Mi CC10 will sport the Snapdragon 870 chip. As said, it’s a pseudo-flagship chip. But prior to this, we saw the alleged CC10 Pro leaked on GeekBench using a Snapdragon 865+ chip. So we guess, initially, the manufacturer has had plans of launching this model earlier and powered by an older chip.

In this regard, it’s quite interesting to take a look at the similarities and differences of these two. 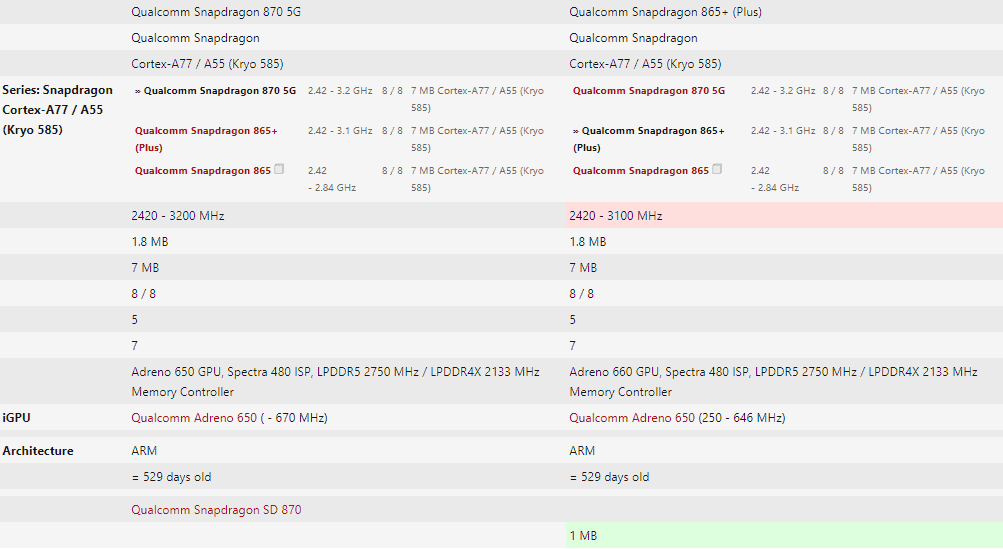 It also integrates a Qualcomm X55 5G modem with Sub-5 and mmWave support and global 5G bands with up to 7.5 GBit/s (download) speed. Plus, inside, it carries the Adreno 650 GPU, which offers a slightly higher clock speed of 670 MHz.