It’s half of the year, and we can state that there have been launched tons of flagship products. So customers have many options to choose from. But this also causes a serious problem – buyers should make a purchasing decision based on … Well, this is a question that users should answer themselves. But there is at least one feature that no one can ignore – performance. Moreover, there are many benchmark platforms that evaluate the strength of smartphones. AnTuTu is one of the most popular benchmarks. So the AnTuTu performance list for May should be quite helpful.

The smartphone market is quietly facing changes. Many companies are withdrawing from the market and some others are re-entering it. Say, LG bid farewell recently, and LeEco and Coolpad returned. So we are expecting this list to change a lot.

Before we start getting acquainted with the AnTuTu performance list for May, you should be aware that the platform has entered the V9 version. So the benchmark scores are all from the AnTuTu V9. The latter has improved the CPU algorithm, and the memory, storage, and UX have been upgraded and optimized.

Not surprisingly, the Black Shark 4 Pro topped the list. It got an average score of 830,022. The phone has been on the top for three months. Agree that this is quite rare. 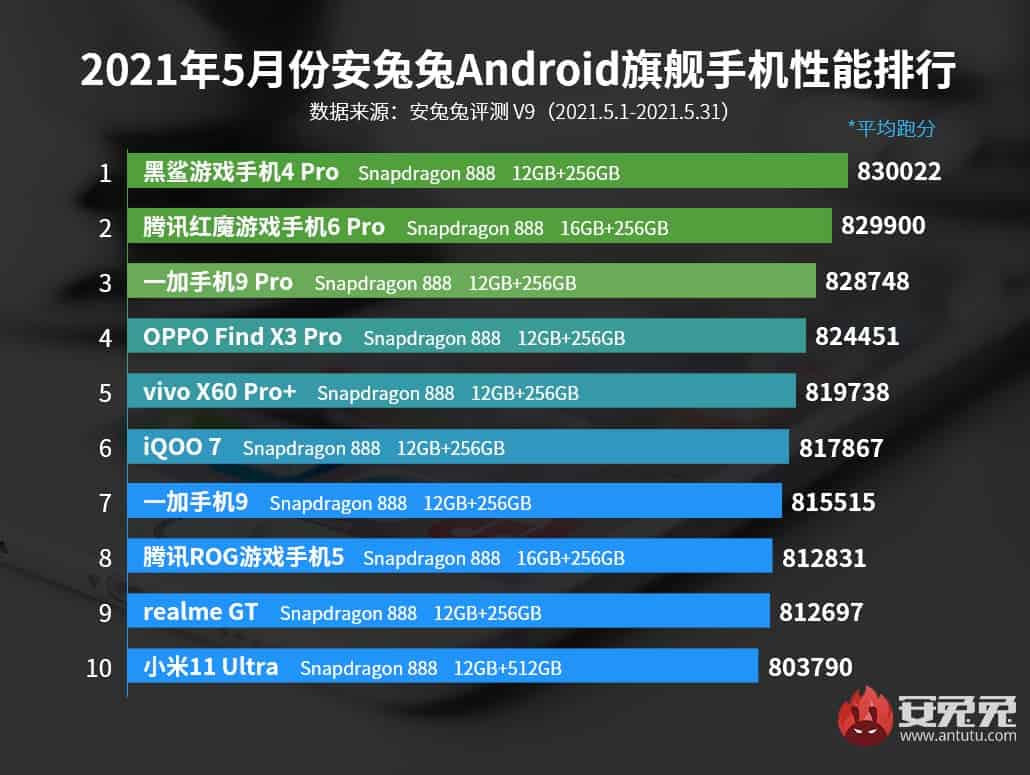 Compared with other smartphones, the biggest change of the Black Shark 4 Pro is the storage. It uses a built-in SSD. Through the combination of raid disk array and UFS 3.1 flash memory, the storage read and write operations are performed in parallel. This approach is conducive to an app installation speed, game loading speed, and the start-up speed.

Read Also:  Best Smartphones In June 2022, According To AnTuTu

The third-placed model is the relatively “regular” OnePlus 9 Pro. Compared with the previous two models, the average score is 828,748. We knew that OnePlus has made a number of improvements in the system. But we didn’t expect it to score so much.

The other models on the list are also coming with the Snapdragon 888. So their scores are too close to each other.

Well, the Xiaomi Mi 11 Lite sports the Qualcomm Snapdragon 780G chip. It is built with a 5nm technology, and the architecture is also upgraded to 1+3+4. 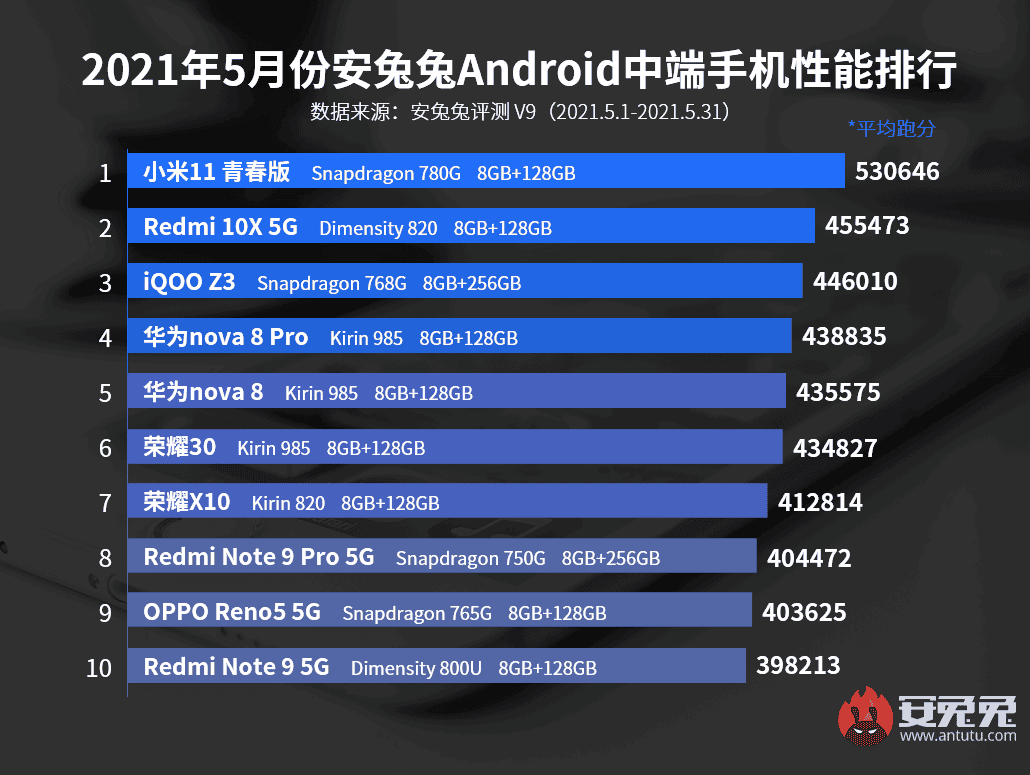 Interestingly, the second place is occupied by the Redmi 10X equipped with the Dimensity 820, with an average score of 455,473. The third model is the iQOO Z3 sporting the Snapdragon 768G.