Oppo officially released the Reno6 series on May 27 which includes three different models. However, this series will officially hit the shelves later today. The Oppo Reno6 standard version comes with a MediaTek Dimensity 900 chip. This device comes with a 90Hz display, a 32MP front camera, 8GB of RAM, and 128GB internal storage. The price of this smartphone is 2799 yuan ($438). Presently, the GeekBench 5 running score for this smartphone is now available. 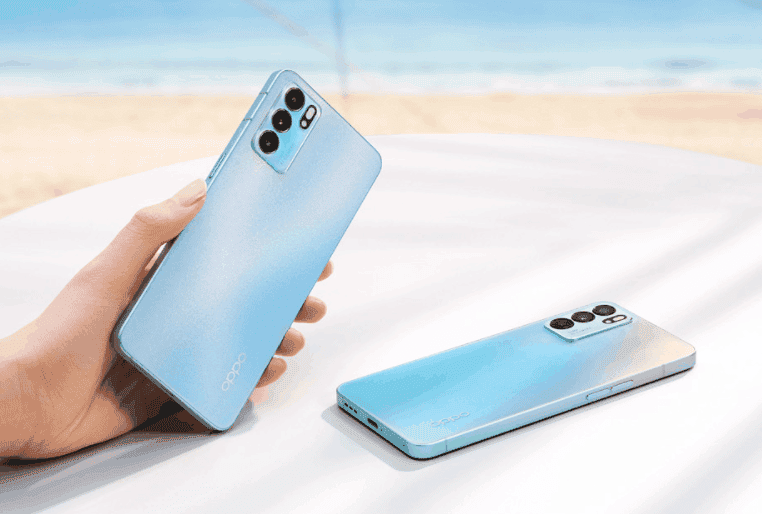 Oppo Reno6 uses the model number (or codename) CPH2251. On the Geekbench 5 database, this smartphone records a single-core score of 729 points and a multi-core score of 2147 points. Looking at the score of this device, its performance is close to mainstream mid-range SoCs such as Snapdragon 768G and Dimensity 1000+. The multi-core performance is slightly insufficient and does not open a significant gap with the previous generation. However, it is still better than the Snapdragon 750G or 768G multi-core scores. 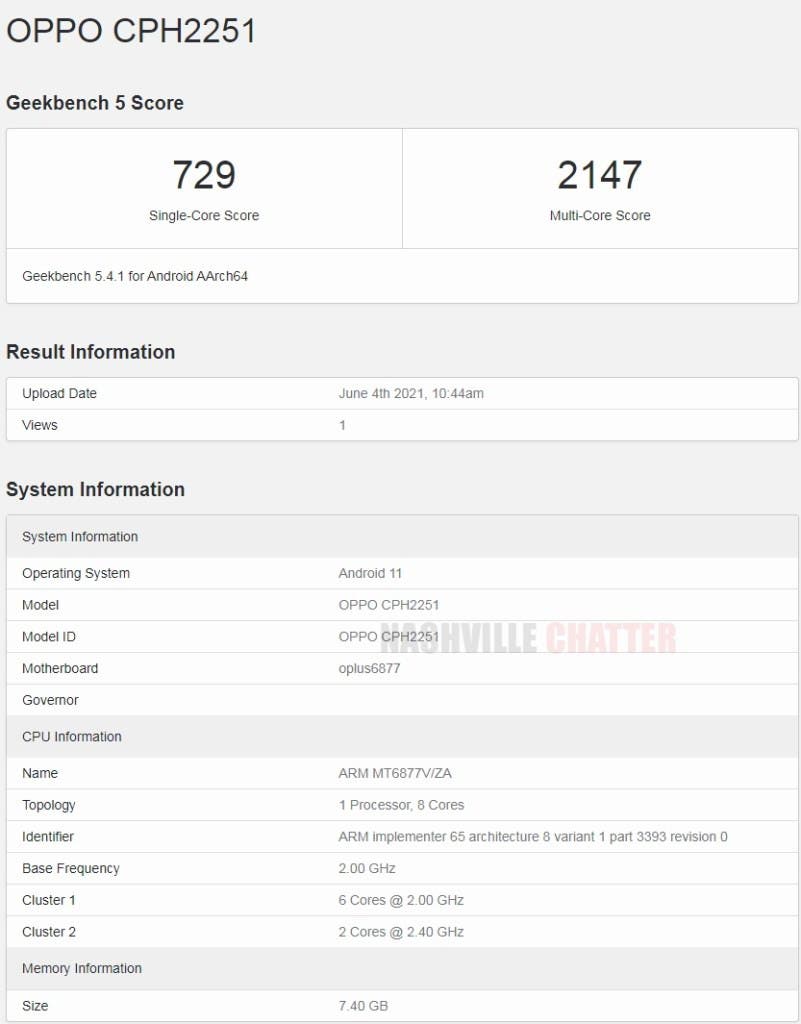 In addition to OPPO Reno6, Vivo’s new machine code-named “V2123A” also uses this chip. Its Geekbench4 score was previously exposed, with a single-core score of 3467 points and a multi-core score of 8852 points. 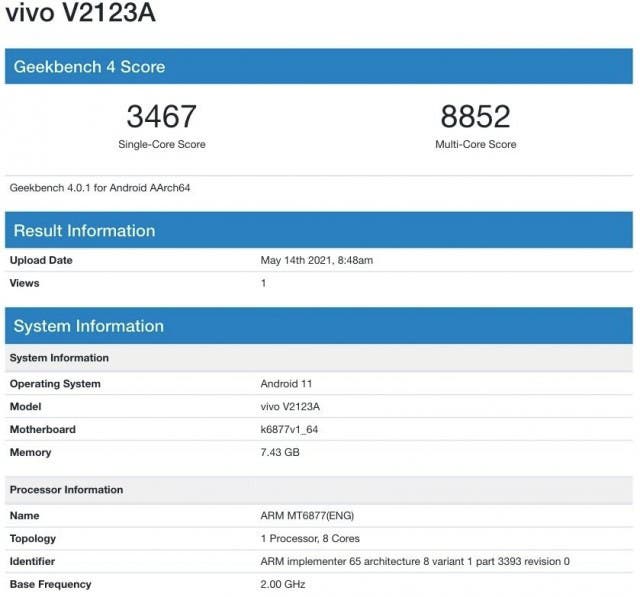 At the same time, the Dimensity 900 processor appeared on AnTuTu and scored 480,000 (an engineering machine). So we can say the performance of the OPPO Reno6 will be greatly improved compared with the OPPO Reno5.