Not so long ago, Apple released a nano-textured cleaning cloth for sale. With its help, the company offers to clean almost any Apple gadget. The appearance of this accessory caused a wave of discussions and hate. Even Elon Musk could not resist not to be ironic about that piece of fabric. 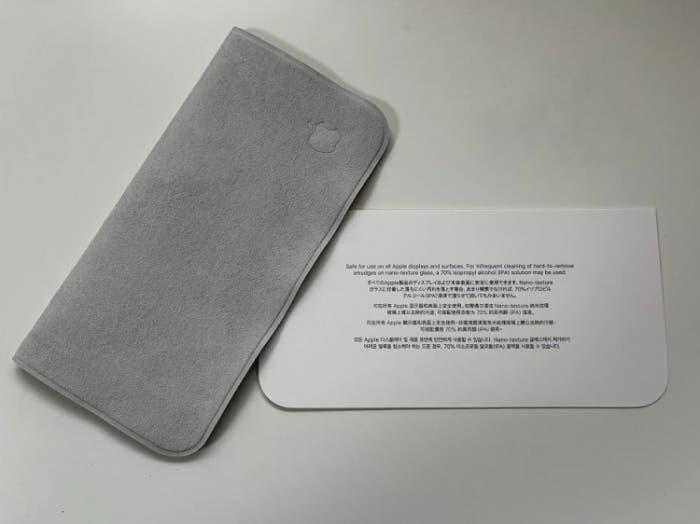 But the most surprising thing is that no other modern gadget of the company has caused such a stir as a napkin. People rushed to buy it and the waiting line stretched out until next year. But there are those who are more fortunate, and they have already received the napkin. One of the lucky ones decided to brag about the purchase and posted photos of packaging on the network. 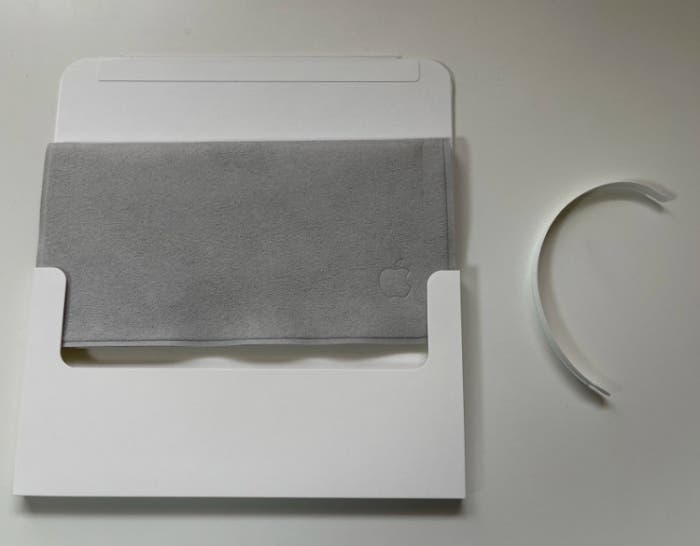 First. what is striking – they did not forget the paper on the packaging. A premium product must be delivered in an appropriate box and then you can forget that you are a company that stands for the rational use of natural resources. The front side of the package shows the napkin itself, and the back is printed with basic information about the product. 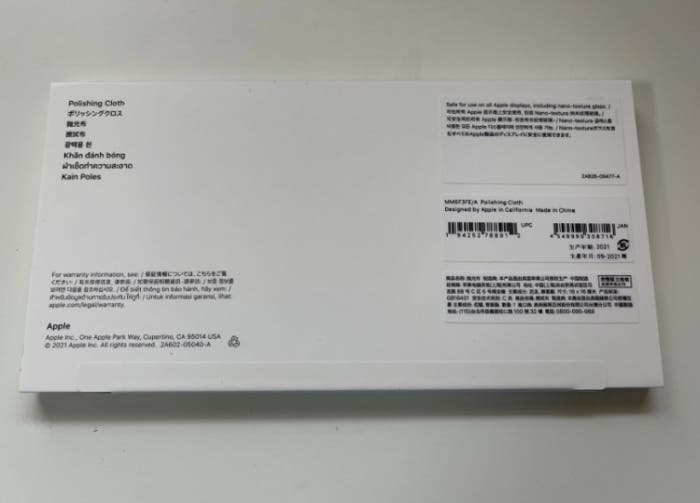 In addition to the rather large box, another surprise was the color of the napkin. If on the site it looks completely white, then in real life it is several tones darker and is made in a gray shade. As for the fabric itself, according to the owner’s opinion, it really feels premium. 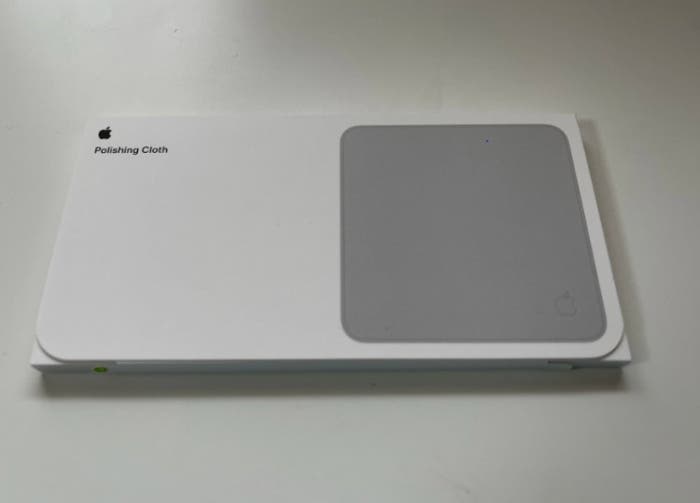 You all know that during use, dust collects on the surface of devices, traces of dirt and greasy stains may appear. For this reason, they need regular cleaning. Many people think about what products to use and how to properly care for them. Apple took care of this and recently, in addition to the coolest gadgets, added a cleaning cloth to its range.

The company’s official store says the fabric is made from a soft, non-abrasive material that “safely and effectively cleans any Apple display, including nano-textured glass.” The Cupertino-based company warns Pro Display XDR users not to use any cloth to clean the display and to wipe it only with a special cloth.

So, it is quite predictable for Apple that its next product is white; and the company logo proudly flaunts on it. And such a “cleaner” costs only $ 19. But this is in the USA, and in other markets they ask about $ 28 for it.

Samsung Takes a Shot at Apple in a Peculiar Way, Offers Free Cleaning Cloths in Germany

Elon Musk tried to troll Apple for a cleaning cloth