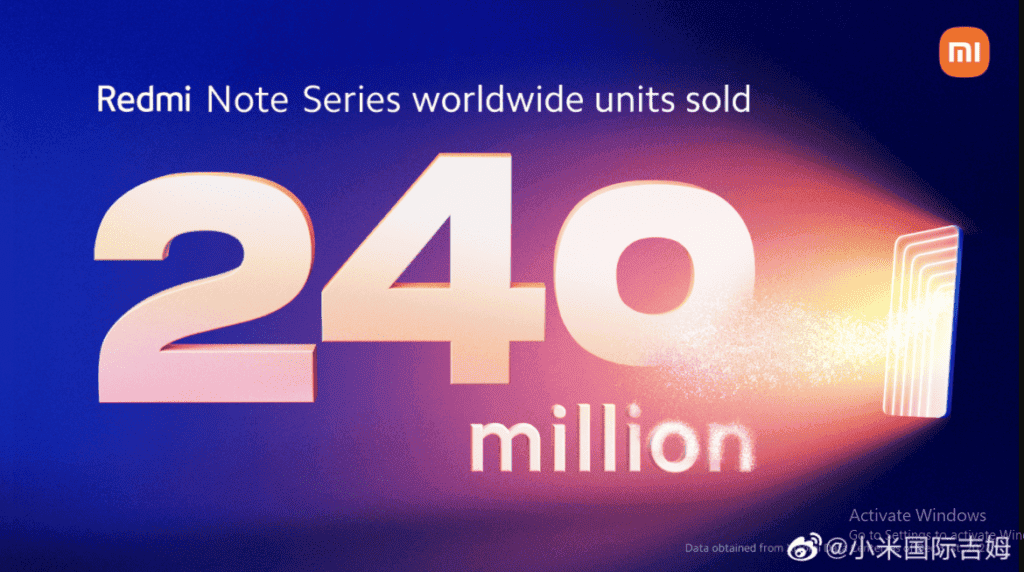 Furthermore, the company continues to decentralize the technology adopted by flagships to the Note series models. As such its new products adopt flagship features. For example, the Redmi Note 11 Pro+ supports 120W super-fast charging which delivers a full charge in just 15 minutes. It uses custom IC solutions and self-developed algorithms to ensure the safety, reliability, and efficiency of the charging path. The charging efficiency of the custom high-efficiency charge pump is 98.5%. This significantly reduces heat loss and improves charging efficiency. This is the fastest charging smartphone from Redmi.

Lu Weibing said that starting from this year, the Note series has started an iterative strategy of two generations a year. One generation focuses on performance and the other focuses on balance in all aspects. The company is adopting this release pattern mainly to meet the needs of multiple users. This series will adhere to the price-performance ratio and will remain within the 2000 yuan ($313) price range.

At the first sales of the Note 11 series, it took only an hour for the sales to exceed 500,o00 units. Of course, it is expected that after the first hour, the demand will drop exponentially. During the 11.11 sales period, the company’s general manager, Lu Weibing, claims that the Note 11 series is selling very well and ranks among the best on almost all e-commerce platforms.