Today, on its official Weibo page, Redmi announced that the Redmi K50 series will be the first in the world to offer the CyberEngine broadband linear vibration motor, codenamed 1016. This is the largest vibration motor among Android devices, with a wide frequency and amplitude of oscillation. In terms of tactile sensations and performance, it surpasses all other solutions on the market, and was created by specialists from AAC Technology.

In order to achieve a tangible and multi-level vibration feedback, the volume of the linear vibration motor was 560 mm³, and the frequency range of 50 Hz – 500 Hz and offered the most comfortable resonant frequency for a person of 130 Hz, which is comparable to the Taptic Engine in the iPhone.

Also, the company claims that the vibration level is three times that of conventional linear motors found in smartphones. CyberEngine features a low power consumption of 0.12W; and a maximum vibration level of up to 1.1 Grms, equivalent to 1.88 Grms for traditional X-axis linear motors.

With an eye to the characteristics of the linear vibration motor; it is assumed that it will definitely find its use in Redmi K50 Gaming Edition. This is a gaming smartphone that will offer a Snapdragon 8 Gen 1 chipset, a 4700 mAh battery with 120-watt fast charging, a 6.67-inch display, an in-display fingerprint scanner and a powerful cooling system. 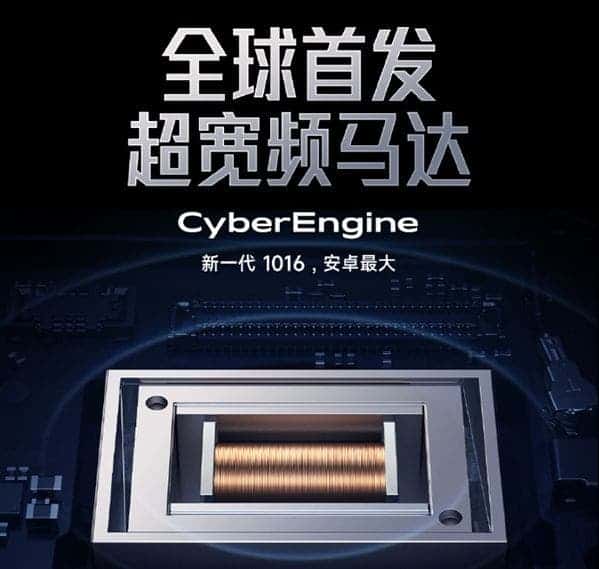 At the moment there is no information about the characteristics of the devices. At the same time, the source suggested that they should debut in the second quarter of this year. It’s hard to believe in such an early debut of the Redmi Note 12 line on the global market. It is much more likely that this series can enter the Chinese market; but it will get to the global market later. Also, do not forget that the imminent release of the Redmi Note 12 family is just an assumption; and any smartphones that are not part of the Redmi Note family may be hiding behind the models that have passed certification.

Previous MIUI 13 Global ROM is ready for the announcement