Bungie said in a blog post, “in [Sony Interactive Entertainment], we have found a partner who unconditionally supports us in all we are and who wants to accelerate our vision to create generation-spanning entertainment, all while preserving the creative independence that beats in Bungie’s heart. Like us, SIE believes that game worlds are only the beginning of what our IPs can become. Together, we share a dream of creating and fostering iconic franchises that unite friends around the world, families across generations, and fans across multiple platforms and entertainment mediums.​”

Interestingly, Sony will be the second parent company in Bungie’s 30-year history. Previously, in 2000, Microsoft purchased it and then split from the company in 2007. Bungie has been also actively cooperating with Activision Blizzard. The latter was the initial publisher for both Destiny and Destiny 2. But the partnership ended in 2019.

Phil Spencer has already tweeted his congratulations to PlayStation and Bungie.

Congrats to the talented teams at @Bungie, great testament to your creativity. And congrats to @PlayStation @hermenhulst on adding a talented team to your studios team.

Sony said that after the acquisition, Bungie will continue to operate independently, and the current CEO and management team of Bungie will remain in office.

If Bungie and the industry-changing “Halo: Combat Evolved” were not where they are now, Xbox probably wouldn’t be where it is today. We mean Bungie is very important to Xbox.

However, not everything goes smoothly. For instance, today, we learned that the United States will conduct an antitrust review of Microsoft’s acquisition of Activision Blizzard.

The U.S. antitrust review of Microsoft Corp’s proposed acquisition of Activision Blizzard will fall to the Federal Trade Commission. People familiar with the matter said that the deal is handing over to a more aggressive agency.

To strengthen merger guidelines, the FTC and the U.S. Department of Justice (DOJ) issued a joint statement last month. The statement noted that various industries have become increasingly concentrated, and the surge in merger filings in 2020 and 2021 indicates that the situation will worsen. 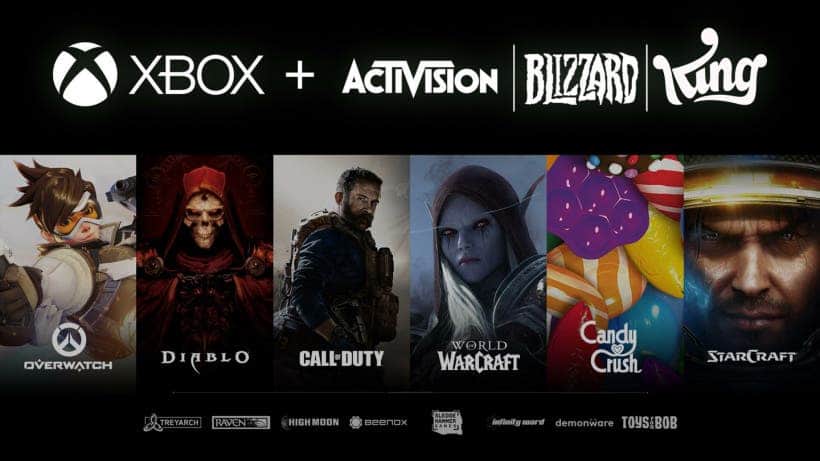 Microsoft recently announced that it plans to acquire Activision Blizzard, a game developer, and interactive entertainment content publisher, for $95 per share in cash, with a total transaction value of approximately $68.7 billion. As a reference, Microsoft’s fiscal 21 revenue is $168.1 billion, whereas the net profit is $61.2 billion. It was Microsoft’s largest acquisition ever, making it the world’s third-largest gaming company after Tencent and Sony Interactive Entertainment.

Next MIUI 13 hidden description - most special MIUI system ever