Motorola is busy with the global expansion of the Motorola Edge X30 that will become the Motorola Edge 30 Pro. Meanwhile, the brand has been working on a new range of mid-range smartphones coming through the legendary Moto G-series. The first device to come probably will be the Moto G22. The lower number suggests it’s one of the lowest devices in the lineup that should go up to Moto G72. The Moto G22 has been the target of rumors in recent weeks, and now it has passed through Thailand’s NBTC certification and also through FCC certification. Let’s see what these certification papers have to reveal.

Motorola could launch the Moto G22 very soon in select markets. The device has been spotted on multiple certification websites ahead of the launch. One of the listings, where the Moto G22 was spotted on the NBTC certification website. The listing confirms the device has the model number XT2231-3. Unfortunately, it does not say much, except for the device’s moniker as Motorola Moto G22.

The device also cleared the Wi-Fi Alliance certification with various model numbers. We assume that these are different regional variants of the Moto G22. In the end, the device shouldn’t have different specifications. The model numbers are listed as XT2231-3, XT2231-4, XT2231-5. Interestingly, the listing confirms that Android 12 comes straight out of the box. Of course, it will run with Motorola’s MyUX straight out of the box. It’s great to see that Motorola is shipping its mid-range smartphones with Android 12. After all, there are still many brands launching phones with Android 11 at this point. 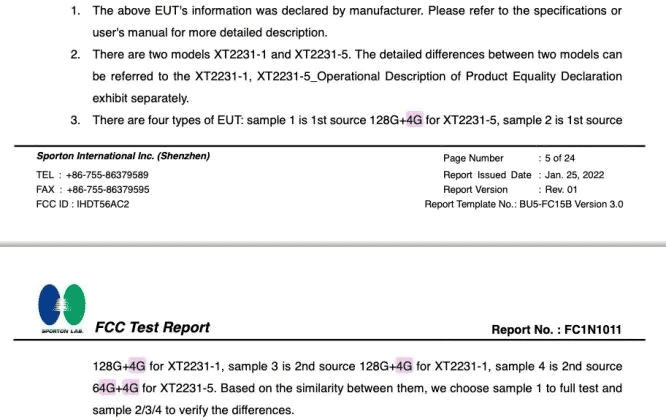 Under the hood, the Moto G22 is touted to come with the MediaTek Helio P35 SoC. That is a super old chipset built on a 12 nm fabrication process and with eight ARM Cortex-A53 cores – Four cores are clocked at up to 2.3 GHz, and four come at 1.8 GHz. For now, there is no official word on launch, but we expect to hear more in the coming weeks.