Samsung has had a few flagship series. Apart from the basic S line models, the South Korean company has been also designing smartphones in the Note series. Later, the Z series joined the party as well. However, it’s too laborious to run a triple-flagship strategy. Moreover, this simply means the target customer groups of these lines will cross. To avoid cross-competition, the manufacturer has decided to sacrifice the Note series. The brand has already launched the Galaxy S22 series of mobile phones. We know that the highest model, the S22 Ultra has a built-in S Pen stylus. Moreover, its shape is similar to that of the Note series. That’s why many Samsung fans call it a metamorphosis of the Note. But the company Galaxy Z Fold 4 won’t fall behind as well.

The Korean media, ThElec quoted industry sources familiar with Samsung’s plans that said the Galaxy Z Fold 4 will also feature an S Pen slot. Additionally, reports suggest that the device will feature a 7.56-inch foldable display and a small 6.19-inch screen. The main screen size is more or less the same as the Flip 3 but the external screen is larger than the prior 1.83-inch. 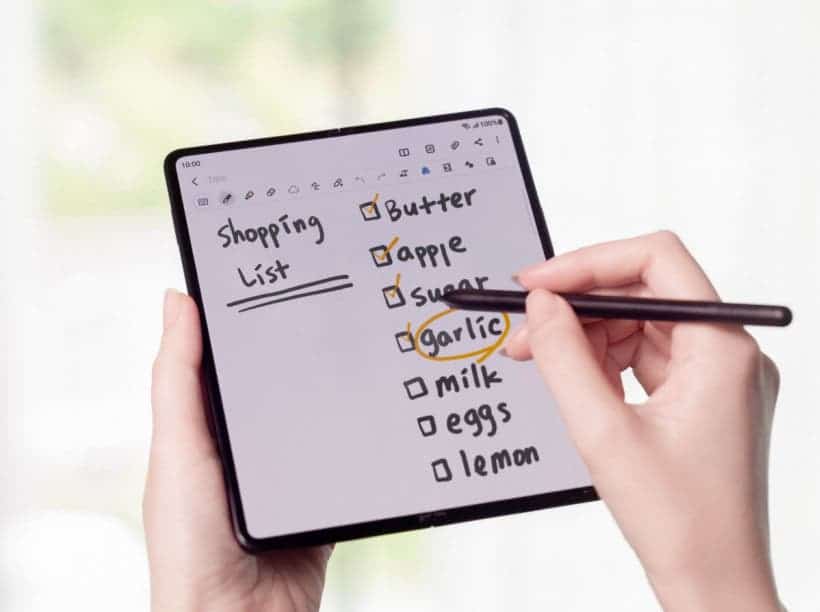 Other than that, Samsung may use Electromagnetic Resonance (EMR) technology to power the S Pen. This simply means Samsung might exclude the built-in battery in the S Pen.

The Samsung Galaxy Z Fold 3 5G phone supports the S Pen stylus. But there is no dedicated slot for the stylus. So users have to acquire a protective case to place the S Pen.

Around 2019, the tech giant considered developing an 8-inch foldable phone. But there were serious problems related to the usability of the handset. Later, the company released its firsts foldable smartphone and just started going to town.

The Galaxy Z Fold 3 sold fewer models than its sibling, the Galaxy Z Flip 3 last year. The integration of the S Pen is expected to narrow the gap. In other words, for the Galaxy Z Fold 4, the stylus and a dedicated slot should be the main selling points.

The external design of the two models also won’t be drastically different. But Samsung is working on the durability of the Fold 4.

Samsung is aiming to ship around 13 million units of foldable phones in 2022.