It looks like Xiaomi is prepping to unveil a new tablet device, and it could turn out to be the Mi Pad 5 variant for India. Xiaomi has been on a launch spree in India. To recall, the popular smartphone manufacturer launched the Redmi Note 11 and Note 11 Pro series in the country earlier this month. Aside from this, the company introduced the Redmi Watch 2 Lite to tighten its grip on the wearable market.

While Xiaomi is known for manufacturing awe-inspiring smartphones, it provides an impressive array of other products as well. For instance, Xiaomi makes lifestyle products, accessories, smart TVs, and a myriad of other smart devices. Moreover, Xiaomi made its foray into the tablet segment with the Mi Pad several years ago. Regrettably, the tablet did not garner a lot of popularity among users. So, the company understandably did not bring a follow-up model for the Indian market.

Interestingly, Xiaomi is now teasing a new tablet device for India after a lengthy strategic silence. Taking to Twitter, Xiaomi India head, Manu Kumar Jain shared a teaser poster of the aforesaid tablet device. In the tweet, the top executive claims that the company is on the verge of making Mi Fans’ wish come true. Furthermore, he uses the hashtag #KeepTabsOnUs in the tweet. Moreover, a dedicated microsite for the purported tablet device has gone live on the Xiaomi India website. The countdown on the microsite is set for April 1, 12 PM IST.

However, it is unclear whether the countdown refers to the launch date or a timeline when Xiaomi will be shedding more light on the mysterious device. While this could be a brand new tablet device, 91mobiles suggest that Xiaomi could be prepping to bring the recently unveiled Mi Pad 5 into the Indian market. Likewise, there is a possibility this could all be an April fool’s joke. Nevertheless, if this speculation proves to be true, Xiaomi could be locking horns with Realme. In the meantime, Realme is gearing up to launch the Pad Mini in the Philippines.

An earlier report indicated that the Realme Pad Mini could launch in India in March 2022. However, since the month is almost over, this speculation isn’t likely to come to fruition. Moreover, we already know the Mi Pad 5 tablet’s specifications. First off, the tablet sports an 11-inch WQXGA display that offers a 120Hz refresh rate. This TrueTone True color display also delivers a 240Hz sampling rate and has HDR10, as well as Dolby Vision. 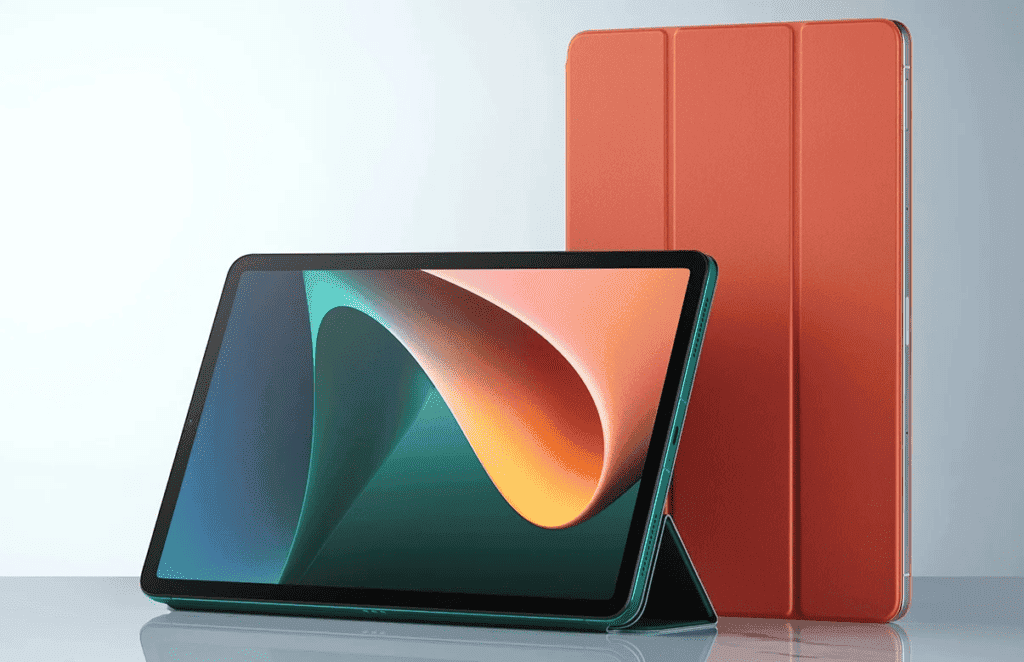 Also, the display carries the TUV Rheinland low blue light hardware scheme certification. Under the hood, the tablet features a Qualcomm Snapdragon 860 processor, which was confirmed in the tablet’s FCC listing. Moreover, it ships with an Adreno 640 GPU. The Mi Pad 5 has 6GB of RAM and you can choose between 128GB or 256GB onboard storage capacities. Furthermore, the tablet runs Android 11 with a layer of MIUI 12.5 custom skin on top. A robust 8720mAh battery powers up the entire system.

Moreover, this cell supports 33W fast charging. The tablet’s dimensions are 254.69×166.25×6.85mm and it weighs 511 grams. For optics, the Mi Pad 5 houses a single camera on the back for recording 4K videos. Upfront, there’s an 8MP shooter for capturing selfies and video calling. In terms of connectivity, the tablet offers options like USB Type-C, GPS, Bluetooth 5.0, 4G LTE (optional) dual-band Wi-Fi, and 5G.