Smartwatches are ambiguous devices. Someone says that the future lies with wearable electronics, while for others, a gadget on the wrist seems to be an unnecessary and low-functional item. But it’s hard to deny that despite all the talk, the number of smartwatches is on the rise. Among the expected new products is the OnePlus Nord Watch.

The well-known network insider Mukul Sharma announced the release of this wearable gadget. On the Indian version of the official website of the company, he found a mention of the OnePlus Nord Watch. Unfortunately, no details about them are available. But the fact that a mention of a smartwatch appeared on the site may indicate that the announcement is just around the corner.

The OnePlus Nord Watch will launch in the second half of the year, coinciding with the launch of the OnePlus Nord 3. We can confidently say that it will be a typical fitness watch with the functionality that such gadgets have: physical activity tracking, health monitoring and the ability to receive alerts about calls and notifications on a smartphone. You shouldn’t ask for a lot from OnePlus Nord Watch, the price tag is unlikely to exceed $100. 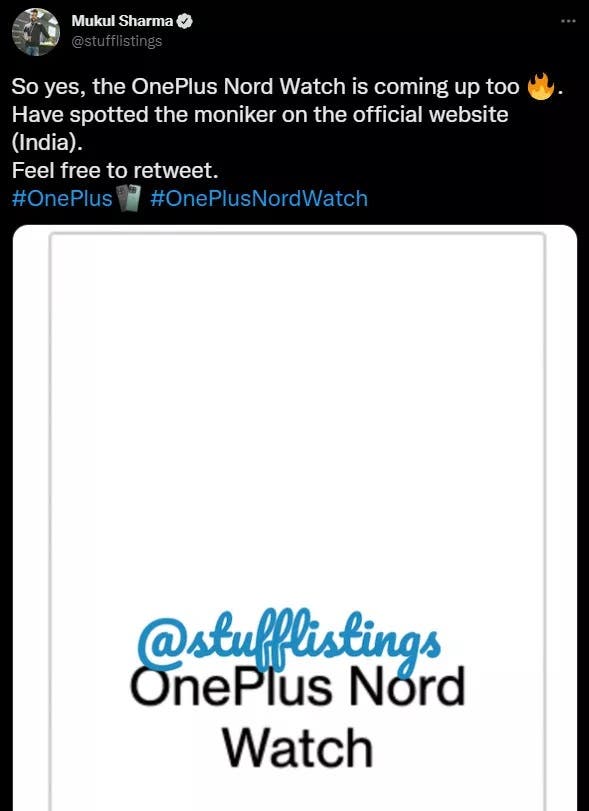 According to online sources, OnePlus is preparing to launch the Nord Buds fully wireless headphones. Previously, renderings showing the alleged design of the device appeared on the Internet; and now real images of the vendor’s future wireless headphones are available online.

The Federal Communications Commission (FCC) database, where the device was certified. As for the design, there is nothing innovative in it. The developers are preparing quite standard wireless headphones that have a familiar look.

When exactly OnePlus plans to launch new wireless headphones on sale is still unknown. It’s also unclear how much the Nord Buds will cost. Currently, the manufacturer’s most affordable Buds Z2 headphones cost $99, but we expect the Nord Buds to be cheaper.