The closer the announcement, the more leaks appear about new smartphones. One gets the feeling that insiders are saving the most “delicious” for the last days before the release, in order to loudly declare themselves and spoil the effect of intrigue for the company at the last moment. This happened with the Vivo X80 Pro, the announcement of which is expected on April 25th. Insiders leaked details about the flagship to the network and dwelled in particular on its camera. And it really deserves more attention. Vivo X80 Pro dimensions were 164.6 x 75.3 x 9.1 mm and weighed 220 grams. It runs the Android 12 operating system with the OriginOS Ocean shell. On the front of the flagship, a 2K AMOLED panel with a refresh rate of 120 Hz and a response rate of 300 Hz is available. A fingerprint scanner is under the display, and it is ultrasonic.

The main camera of Vivo X80 Pro has four sensors: 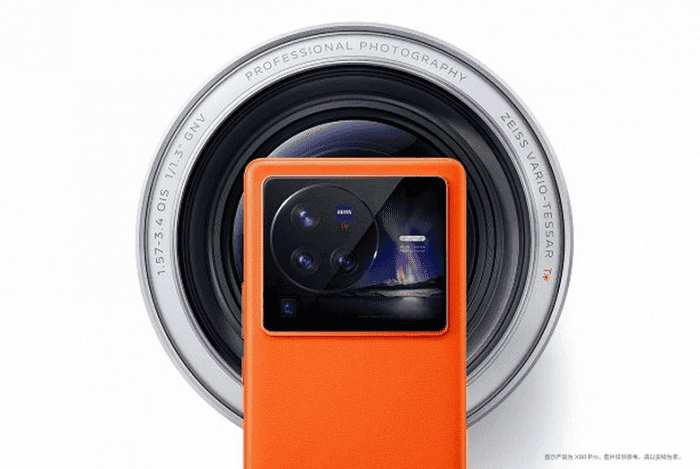 The Google Play Console database has information about the Vivo X80, which is being prepared for release by the Chinese company. The new product will be based on a MediaTek hardware platform.

In particular, it refers to the use of the Dimensity 9000 processor. The appearance of the smartphone is revealed. The smartphone will receive a frameless display with a small hole in the upper part for a single front camera.

The screen size, according to available information, will be 6.78 inches diagonally. The panel resolution is 1080 × 2400 pixels, which corresponds to the Full HD + format. The refresh rate will reach 120Hz.

The equipment will include 8 GB of RAM. Power will be provided by a 4500 mAh battery with support for 80-watt charging. Android 12 operating system mentioned.