Xiaomi has already confirmed that its new flagship will use the platform. We can list a couple of smartphones touted to bring this chipset. However, today, newly leaked info from tipster @xiaomiui points to the chipset on the Redmi K50S Pro. Apparently, the new handset will reach the Chinese market as K50S Pro and global markets as Xiaomi 12T Pro. Other devices coming with this chipset are the Xiaomi 12 Ultra, Xiaomi 12S Pro, Xiaomi 12S, and the Mi MIX Fold 2. The only problem is, that apart from Redmi K50S Pro, none of these devices will leave the Chinese market. 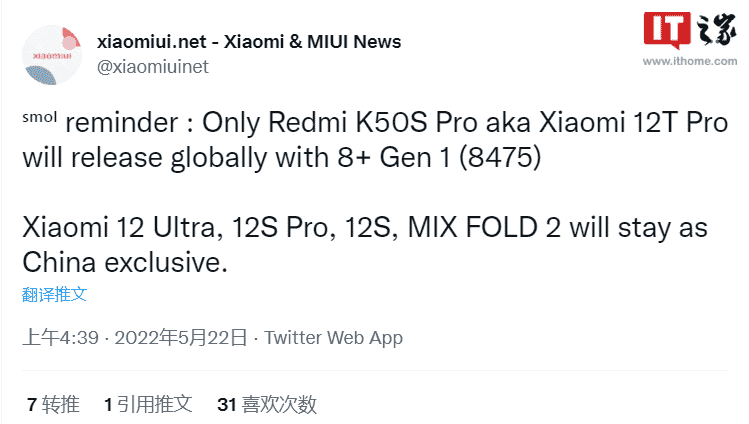 Xiaomi itself says that the Snapdragon 8+ isn’t a simple half-generation upgrade, but a “real experience innovation”. Well, the new SoC comes from a different manufacturer. It delivers a 10 percent performance increase with slightly higher clock speeds. However, the biggest upgrade comes in a 30 percent increase in power efficiency. The heating issues affecting its predecessor are reportedly gone with the new revision. So we can expect a significant upgrade with the new flagships.