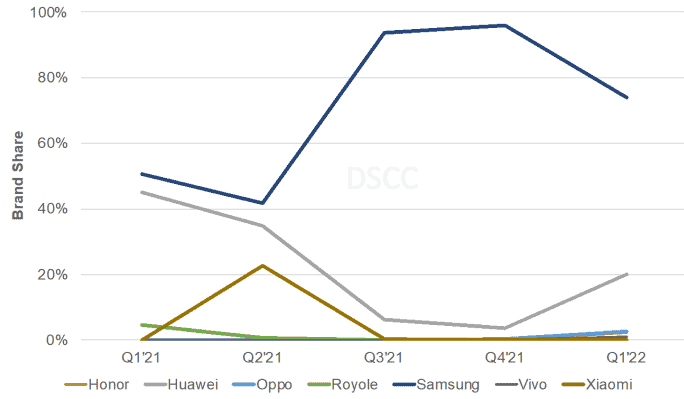 In addition, Huawei’s market share of the foldable smartphone market is also increasing, closely following Samsung. In the first quarter of this year, the company’s market share hit 20%, of which the sales of Huawei P50 Pocket played a big role. It could have been much higher but for the U.S. ban. Thus, Huawei and Samsung alone claim 94% of the global foldable smartphone market. 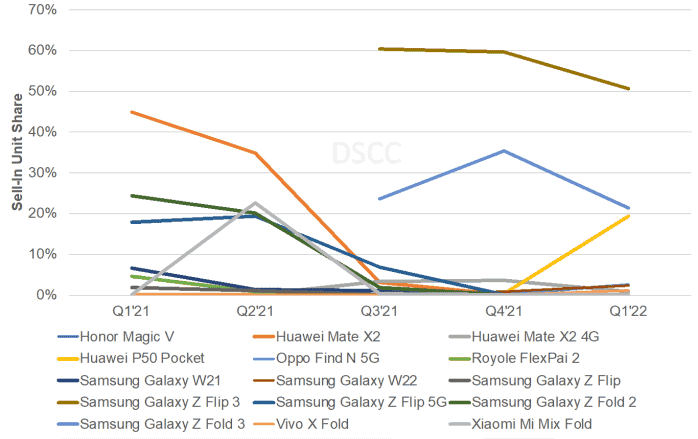