The Vivo V25 Pro smartphone’s India launch has been confirmed. A dedicated microsite for the handset is now live on the Vivo India website. Vivo is on the verge of unveiling a new 5G-ready smartphone dubbed the V25 Pro. Notably, the Vivo V25 Pro will launch in India later this month. Likewise, other V25 series devices including the V25 and V25e will go official in the coming months. Now, Vivo has officially confirmed Vivo V25 series India launch.

Are you ready for the delight coming your way?
Stay tuned for vivo V25 Pro, the magical colour changing phone.

Vivo India shared a teaser on its official Twitter account featuring the Vivo V25 Pro. Moreover, the Pro model could be the first offering in the V25 series. Now, the V25 Pro has been subject to multiple leaks lately. To recap, the Vivo V25 Pro India price, storage variants, and other details surfaced online earlier this month. Also, cricketer Virat Kohli recently showed off the handset ahead of its official unveiling.

Also, the V25 Pro will sport a 3D curved screen. In the photography department, the device will house three rear-mounted cameras. It will sport a 64MP primary sensor on the back. This main camera will support OIS (optical image stabilization). Further, it will be loaded with a myriad of features including a vlog mode. The main camera will also support hybrid image stabilization. Under the hood, it will pack a MediaTek Dimensity 1300 processor. 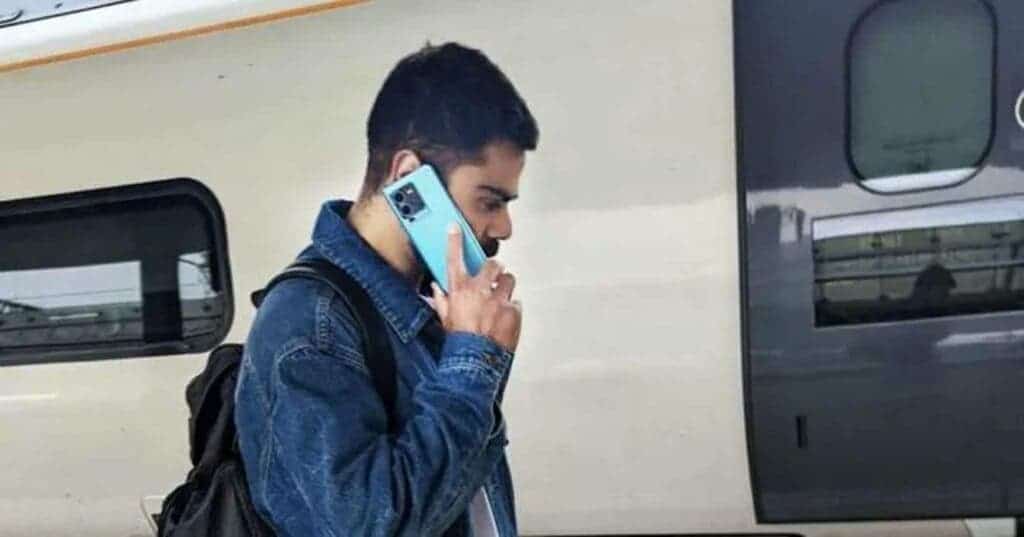 To recap, the same processor powers up the Reno8 5G, Nord 2T, and a slew of other handsets. A robust 4830mAh battery unit will be powering up the entire system. Moreover, this cell will support 66W Flash charge fast charging. The display will deliver a screen refresh rate of 120Hz. The Pro model will ship with up to 8GB of Extended RAM. Past leaks claim that the Vivo V25 Pro 5G price in India will be around INR 40,000. The upcoming V25 Pro recently appeared on Google Play Console with 8GB of RAM. The listing suggests that it will run Android 12 OS out of the box.