Xiaomi is preparing to release the latest Redmi A series smartphones. Launched last month, the Redmi A1 runs Android and brings an entry-level smartphone experience. Now, Xiaomi is about to release another smartphone from its A series, the Redmi A1+. The India launch event will take place on October 14th. At the moment, the smartphone is already available in Kenya. The device received FCC certification back in August, appearing in the IMEI database the same month. A report from MySmartPrice suggests that the Indian version of this phone may have the same specs as the Kenyan version. 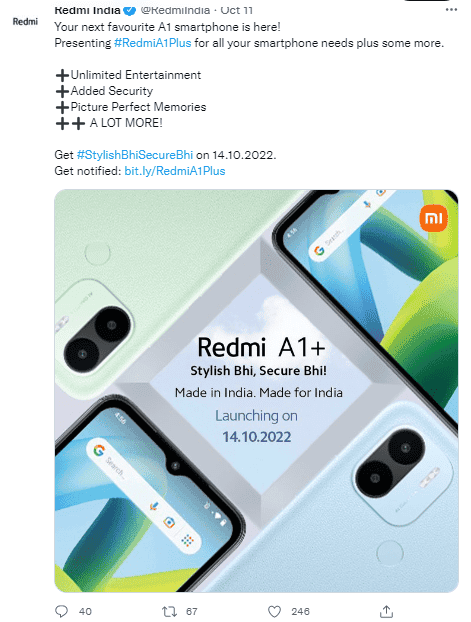 Redmi A1+ to launch on October 14th

The price of Redmi A1+ in India may be lower than 10,000 Indian rupees (about $121). This is indeed a real entry-level smartphone. However, recall that the Redmi A1 is even cheaper. The starting price of this device in India is 6499 Indian rupees which is about $79. The most obvious difference between the Redmi A1 and A1+ is the rear-mounted fingerprint scanner on the Plus model. 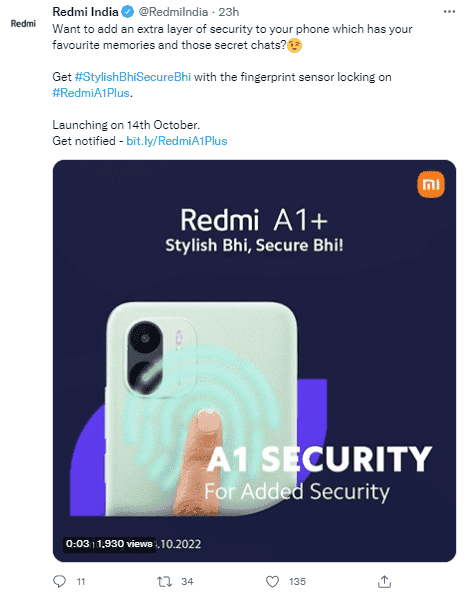 Furthermore, this device will have at least two colour options, including green and blue. Redmi India has shared an invitation showing the waterdrop screen on the A1+. This device also comes with two rear cameras. In addition, there is an LED flash on the back. The Redmi A1+ may feature a 6.52-inch LCD screen with HD+ resolution. Additionally, the screen will offer a 60Hz refresh rate and a 20:9 aspect ratio. The phone could be powered by the MediaTek Helio A22 chip.

This smartphone is expected to come with 3GB of RAM and offer 32GB / 64GB of storage. In the camera department, it will use an 8-megapixel main camera and a 2-megapixel depth camera. For selfies, it will use a 5-megapixel camera. In addition, it may pre-install Android 12 (Go version). Under the hood, this device has a 5000 mAh battery that supports 10W charging to keep its lights on.

Previous Xiaomi 13 live image: This is how the smartphone will look like

Poco C50 appears on the list of Google Play-supported devices

Redmi A1+: Xiaomi launches its cheapest smartphone in history