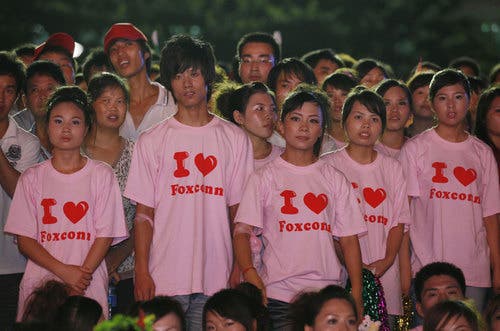 Foxconn Shenzhen has announced  that it has made a 50% increase in exports sales compared to last year, or in real figures  $48 billion!!

The record sales news was also accompanied by news that the Taiwan owned company had made several breakthroughs in technology and has managed to secure 6000 patents in 2010!
Foxconn have have very sensitive to media reports over the past year due to the suicide cluster, but despite the bad publicity and increased customer concern over the company they have still managed to have a record breaking year!
Nearly half of the worlds top branded computers are made by Foxconn. In addition the company also makes mobile phones for Nokia and Motorola, Playstaions, computers and TVs for Sony and iPods, iPhone and iPads for Apple.
Follow us on Twitter for more Chinese technology news.