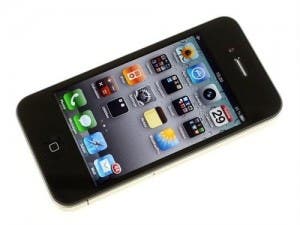 Another great iPhone 4 clone has arrived on the scene! Like the rest of these ‘high end’ imitation iPhone 4’s this model, known as the GT6, has some great hardware features, but also a couple of compromises.

Let’s look on the bright side of things first though shall we?

The GT6 is like really a true iPhone 4 Doppelganger! The outward appearance is spot on as it that rather genuine looking clone iOS user interface!

The CPU is from Qualcomm, who is claimed to be the maker of the chips for the real iPhone 5, and the screen is a 3.5 inch HVGA multi-touch unit!

3G and Wi-fi are built in, but it looks as though this ‘iPhone 4’ doesn’t use its alloy external band (in this case zinc alloy) to act as an antenna, but instead uses an internal unit.

There are also front and rear cameras, LED flash, plus a proximity sensor!

It all looks too good to be true!

But its isn’t! well except for the fact that the CPU is running at a rather sluggish 460mhz and that fake iOS is nothing more than a skinned Java based MTK system.

The GT6 gPhone looks to be going on sale very soon and if current high end iPhone 4 clone pricing is anything to go by, this swanky clone could be yours for around 1000 Yuan ($154)!

Next Want Android Notification Style Drop down on iPhone? Here’s How!