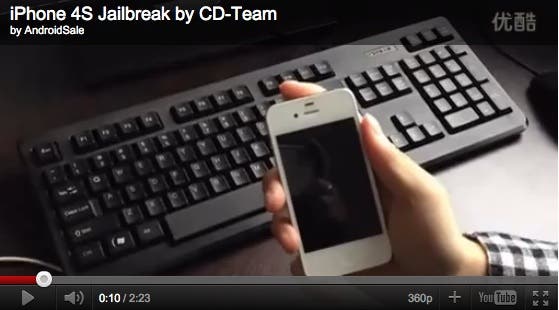 Good news iPhone 4S owners! A group of famous Chinese iOS hackers, known as “CN Dev Team” are claiming that they have successfully produced a jailbreak for the iPhone 4S.

Not only are “CN Dev Team” saying they have jailbroken the latest iPhone, but it looks to be an untethered hack!

The team say although they have managed to find the exploit to jailbreak the iPhone 4S they still have a long way to go before it is running perfectly and ready for public release.

As of yet the team haven’t released instructions of how to jailbreak the iPhone 4S, and strangely enough don’t show the iPhone running Cydia in the video!

We wonder if there will be a publicly available iPhone 4S jailbreak ready in time for the iPhone 4S’ official Chinese mainland debut, which is expected to be next month!

Next How To: Unlock iPhone 4S without a Jailbreak! Video