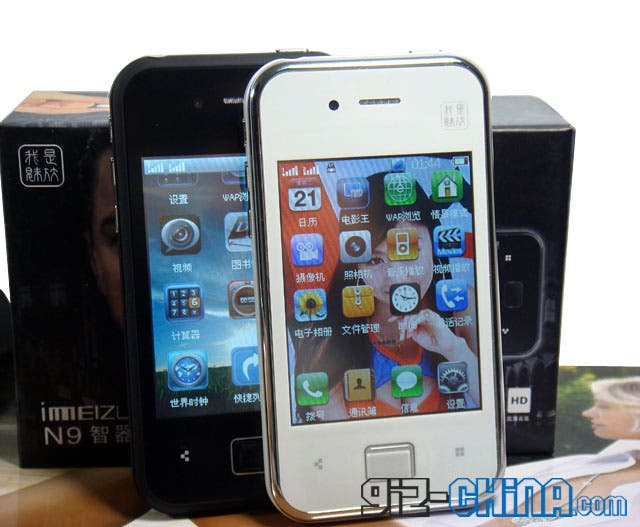 If you hadn’t already heard, Meizu launched their MX Android phone this past Sunday which drew crowds of thousands lining up before stores opened to get one.

But don’t worry if you didn’t manage to get one of the dual core ‘Dream Phones’ you can always grab a knock off version instead.

Ok, well you can’t get a knock off Meizu MX just yet, but you can pick up a clone of the previous generation Meizu M9 for roughly 500 Yuan ($79).

Join GizChina on Telegram
Obviously for such a low price you’re not going to be getting a phone of the same caliber as the Meizu M9, their won’t be a 1GHZ CPU, and their certainly isn’t an Android OS.

What you do get is a phone loosely based on the design of the Meizu M9 running a JAVA based OS, which is modeled on iOS rather than Meizu’s Flyme and front and rear cameras (the real M9 doesn’t have a front camera!).

In fact regular readers might will recognize this Meizu M9 knock off as being very similar to the fabled iPhone 5 knock off we reported on mid way through last year, only with Meizu branding instead!

Thanks to Carl for sharing this one with us!