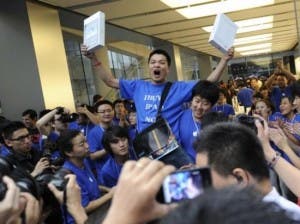 Apple have lost their legal battle against Chinese brand Proview over the iPad trademark, and may well have to rebrand the popular tablet if a resolution isn’t reached soon.

Proview, a China based technology company with subsidiaries in Taiwan and the UK filled the iPad name back in 2000, way before the Apple iPad was even heard over (7 years before the first iPhone!).

However, Apple claim they bought the rights to the iPad name from Proview’s UK subsidiary, a claim that Proview disagrees with and the Chinese legal system doesn’t find valid.

Proview claim that as they were not present during the acquisition the deal Apple made is not valid. China’s courts have agreed with Proview, which could lead to Apple having to rethink the iPad name.

Apple are said to be already getting their legal team together to take on Proview once, but it is likely the 2 will come to some financial agreement rather than slog it out in the courts.