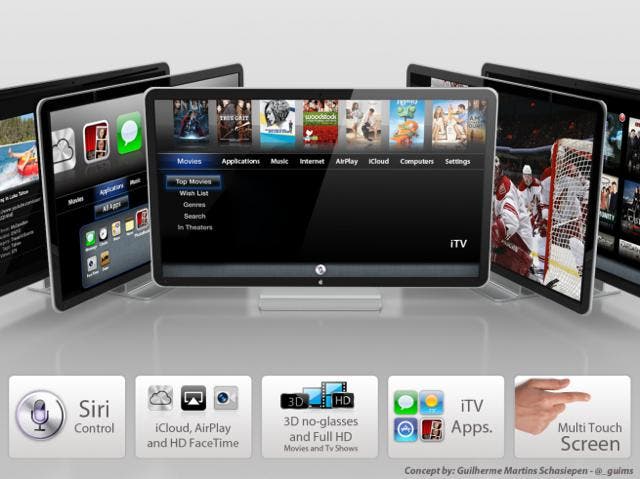 If all these rumors are true, it is going to be one hell of a year for Apple fans, with a new iPhone on the way, the iPad 3 coming soon, a range of new Macbook Airs and Pros, and of course the much speculated Apple TV.

Reports out of Taiwan are suggesting that the Apple TV, or iTV, will be manufactured by Apple’s long time manufacturing partner Foxconn, while Taiwan’s Longwell is expected to manufacture a good portion of the 42 inch Apple TV’s components.

The Apple TV is expected to arrive later this year and is rumored to have a 42 inch screen, run a version of iOS, have a built in iSight camera and a powerful quad core Apple CPU manufactured by Taiwan Semiconductor Manufacturing Company.

As for a price don’t expect much change from $1500, as Best Buy are reporting the Apple TV will retail for a rather pricey $1499!