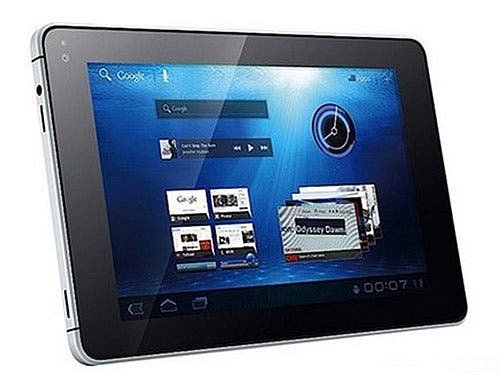 Quad Core Android tablets running Android ICS are going to be the norm for 2012, and according to a deleted Weibo message Huawei will be in on that party.

Weibo is China’s version of Twitter. It allows users to send short messages and photos, and so has been the service of choice for tipsters to leak the latest Android devices on.

However the time the tipster was non other than Huwei’s Chariman, Yu Cheng Dong!

On his Weibo account he announced that Huawei will be launching the “highest-end tablet in the world”  and that this Android tablet will be named the MeidaPad 10 FHD.

In the now deleted message Huawei’s Chairman commented on how well the MediaPad 10 FHD handles 3D gaming, photos, HD video, and that it even filled hime with emotion when testing the tablet!

Huawei tablets, along with their Android phones, have been improving a lot over the past few months and it looks as though they might want to take on Apple with this latest tablet by building a Quad Core Android ICS tablet.

We can also speculate, thanks to the leaked Weibo message, that this Huawei tablet will get a good quality camera, 8 mega-pixels is the current norm, and we would imagine at least 2GB DDR3 RAM.

2011 was the year that Huawei’s phones overtook Apple, could 2012 be the year the Huawei tablet beats the iPad?