Hainer have been manufacturing Android tablets in China since the very beginning, but their latest Samsung Exynos powered devices represent everything the Chinese tablet company have learned over the years.

The Hainer tablet boasts Samsung’s powerful Exynos 4412 quad-core CPU which powers a 9.7 inch display and a resolution of 1024 x 768. 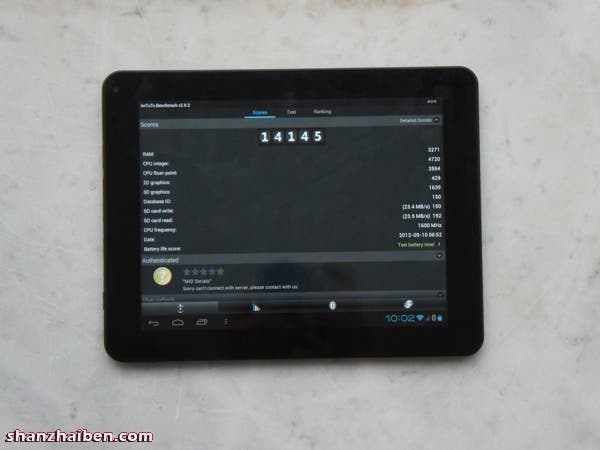 Hainer have given their new tablet the same CPU as the Samsung S3 and Meizu Mx 4-core but have decided to go for the more powerful 1.6Ghz model with an option of up to 2GB RAM which has produced one powerful Chinese Android tablet! The Hainers is so powerful that is scores an impressive 14145 on the AnTuTu benchmark!

The rest of the hardware is still being kept guard behind tightly sealed lips at the Hainer factories, but we do know that this Chinese super tablet will feature dual cameras plus built-in 3G and GPS.

Previous Waterproof Lenovo A660 ICS Phone Could have been my perfect mountain biking phone!

Next Move over Nexus 7 China's Rainbow Six 7 Inch-tablet is here with built in 3G!