Chinese phone brand are looking to pounce on the Android phone market. First it was their super thin Finder 3, then news of their quad-core Oppo 5 super phone and now this new leaked Oppo T29 dual-core phone with 3000mAh battery!

The new range of Oppo Android phones is shaping up to be one of my personal favorites with the current dual-core Oppo Finder 3 which can bash nails in to wood, to the next generation quad-core Oppo Find 5 with 12 mega-pixel camera! Now we have details of the Oppo T29 a dual-core, 4.5 inch phone with high-capacity 3000mAh battery! 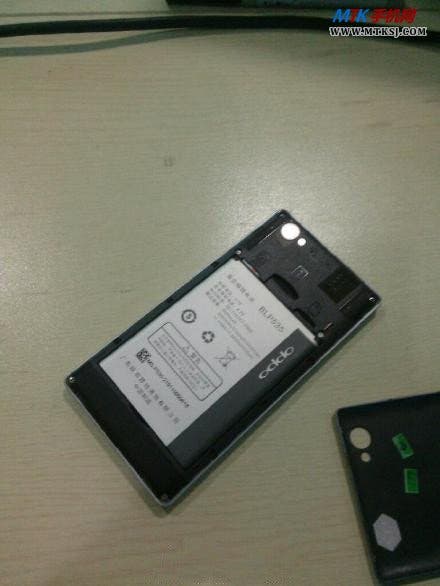 While most of us love to read about super powerful phones with staggering AnTuTu and Quadrant results, or phones which rival digital cameras for image processing, what we all really would love to see is a phone with a large enough battery to last the day! and it looks like Chinese brand Oppo are the one’s to bring it to us.

The Oppo T29, which can be seen in these leaked photos is a dual-core MT6577 phone with 1GB RAM which is going to offer performance equal to the current crop of dual-core phones on the market. 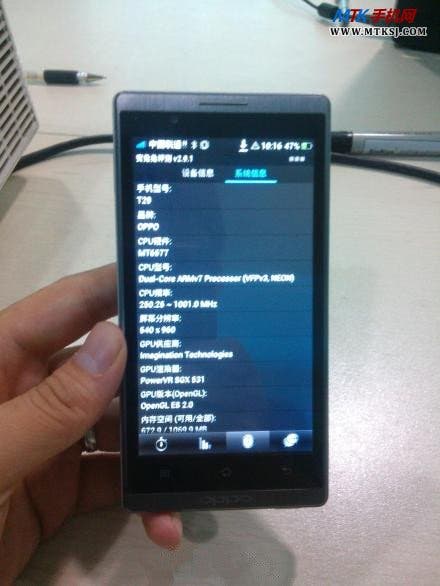 The screen is an impressive 4.5 inch model with a resolution of 960 x 540 and there is a front 0.3 mega-pixel front camera while the rear is a much more respectable 8 mega-pixel unit.

While the specs all look pretty good, if a little standard when compared to most phones on the market however it’s in the battery department which Oppo have really broken the mould!

Currently the largest capacity battery we have seen in a phone of this size and specification is the 2750 mAh unit in the JiaYu G3, but that phone is currently unavailable and we don’t know when it is going on sale. The Oppo T29 however has a battery capacity of 3000 mAh! and will most likely be in stores very soon!

If the current price of the Oppo Finder 3 is anything to go by then we should expect the Oppo t29 to arrive on sale for around the 2000 Yuan mark ($313) or possibly even a little less!