Shenzhen Pulid are the latest Chinese phone company to produce a convincing Samsung Galaxy S3 clone, but rather than following Samsung’s lead Pulid have decided to update the rear camera to a 12 mega-pixel unit! Keep reading for full details of the Pulid F13.

The Pulid F13 is a rather convincing Samsung Galaxy S3 clone from Chinese based manufacturer Shenzhen Pulid, but if you can look past that fact that this is a clone, the Pulid F13 has some great features which could make owners of even the real S3 jealous!

Like so many dual-core phones on the market now the Pulid F13 has a dual-core MT6577 CPU from MediaTek, but this isn’t the highlight of the phone nor the feature which is going to attract all of the attention it’s the amazing rear camera and high-resolution screen which will do this. 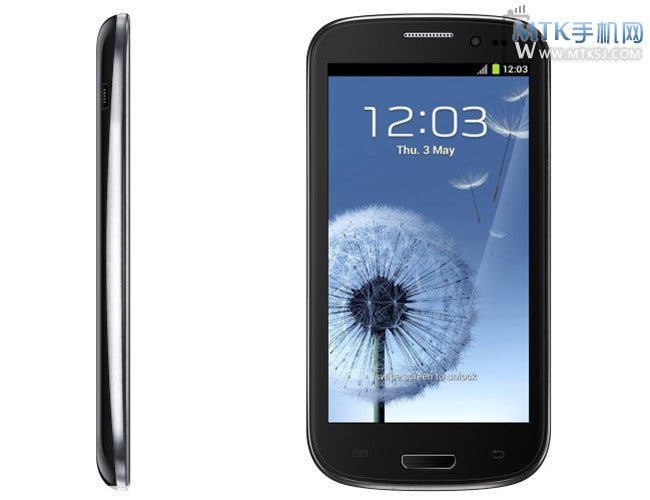 According to reports from Chinese tech sites the Pulid F13 has a 4.7inch screen with a resolution of 1280 x 720 and a 12 mega-pixel camera!

Pluid have also shown off the images which you can see here (however they do seem to be just photoshopped photos of a real Galaxy S3), but they have yet to announce when they hope to launch their dual-core phone or how much it is going to cost. We also wonder just how good the 12 mega-pixel camera will be on this phone as most flagship phones from larger companies are currently using 8 mega-pixel units with updated optics.

As soon as we hear more we will post the details here.