Zopo have made quite a name for themselves these past 12 months as a quality Chinese phone maker, but just how good is their entry level phone, the Zopo ZP500+ Libero? Keep reading our Zopo ZP500+ Libero review.

As you might have noticed this review is for the ZP500+ not the ZP500, so what are the differences between the 2 phones apart from a slightly different name? Well there is only one real difference and that is the CPU. 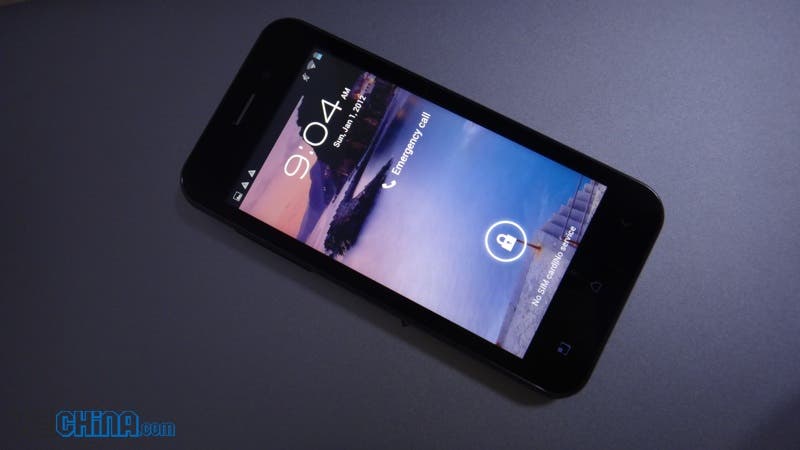 The older Zopo ZP500 Libero sported a single-core MT6575 CPU where as the ZP500+ has a faster MT6577 dual-core CPU, the rest of the spec remains the same though, which unfortunately means the ZP500+ has just 512mb RAM! 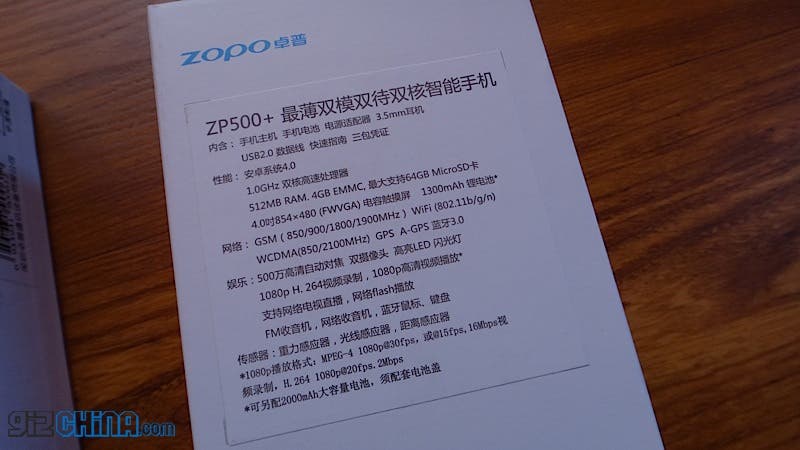 While reviewing the Zopo ZP500+ Libero I actually had a Hero H2000+ iPhone 5 clone to test too, and although the 2 phones offer the same specification at similar prices if I had to choose one of the to it would be the Zopo! 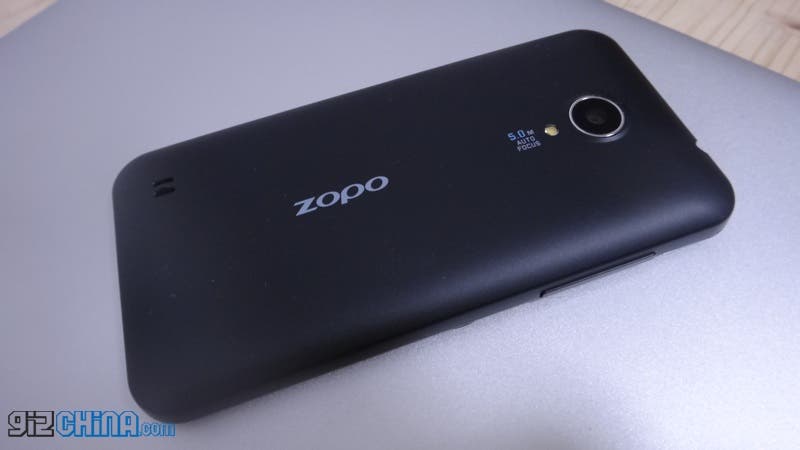 The quality of the ZP500+ is pretty spot on and suggests to me that Zopo have given the Libero a higher price tag compared to similar phones down to the quality of the materials used (the JiaYu G2 and Mogu M2 both cost much less and 1GB RAM).

In the hand the rounded back of the ZP500+ feels very comfortable the textured finished gives a reassuringly grippy feel. 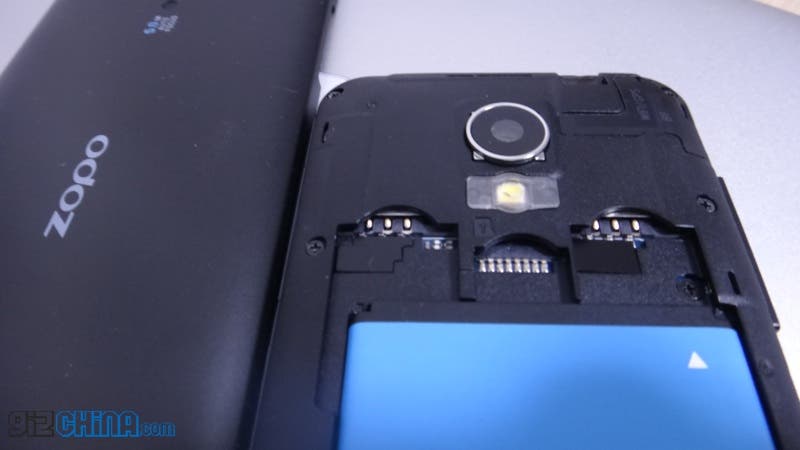 Like many phones the rear panel is made of a very soft, pliable plastic which can be easily snapped on and off the phone to gain access to the battery, SD card and dual-sim card slots.

Also on the back is a speaker hole and also the 5 mega-pixel camera and LED flash which is located in a similar position as the camera on the Meizu MX and Xiaomi M2 and sits flush with the body to prevent the phone resting on the lens. 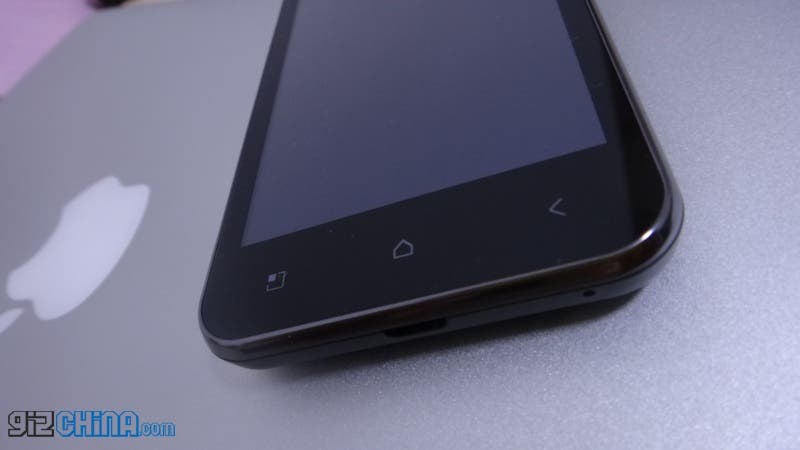 Moving on the front of the phone there is the 4 inch screen which is surrounded by quite a thick bezel along with the usual Android controls on it’s ‘Chin’ and front facing camera and light sensor positioned at the top near the microphone.

The edges are where we find the micro USB for data transfer and charing, a volume rocker, power button and 3.5mm head phone jack.

I won’t go over everything on the Zopo ZP500 + Libero as if you have used an Android phone running Android ICS then you will know all about the standard Android software, I’ll just go over a few things I noticed such as: 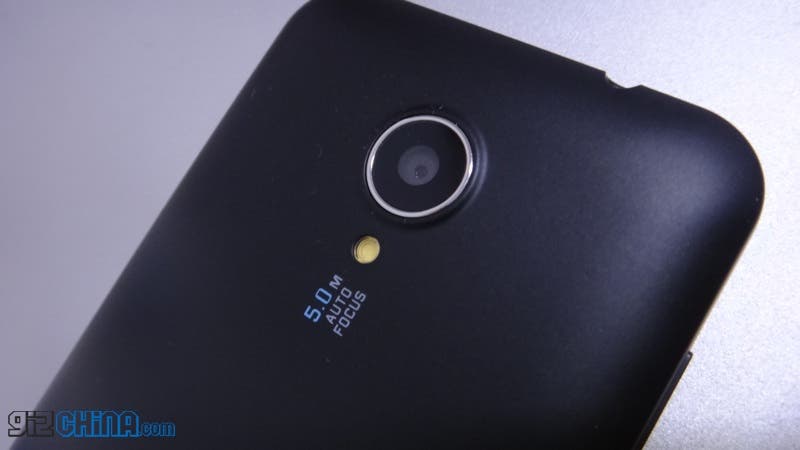 The camera on the ZP500+ gets auto-focus and an LED flash, but unfortunately even the bright flash doesn’t seem to be able to help the 5 mega-pixel sensor catch a good photo in dark surroundings. In the day light though the camera manages some good images, if you keep it still, and would make do as a back up camera. 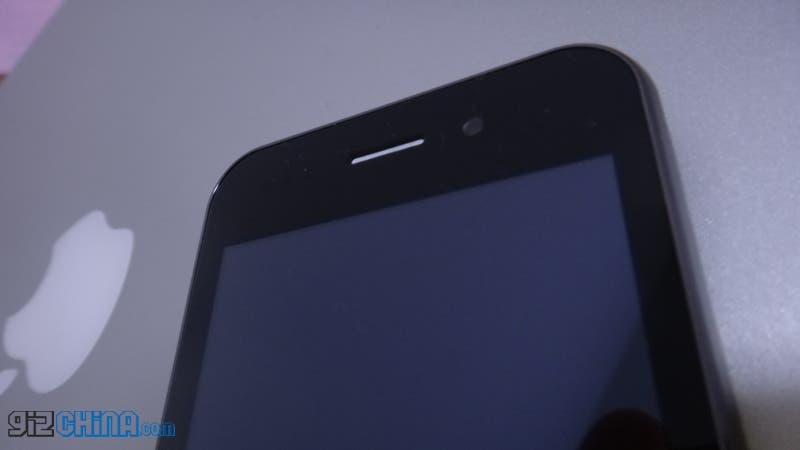 As for the front camera well it’s a 0.3 mega-pixel unit so you can’t expect to much, however it works just find as a video chat camera.

GPS works as long as the sky is clear and you have either a 3G or 2G connection (AGPS) with out this or in some locations such as near tall buildings the accuracy plummets, where as the GPS on our iPhone 4 and HTC One X worked fine.

Although the Zopo ZP500+ only has 512Mb RAM AnTuTu scores are actually quiet good with the phone managing to get an impressive 5133, while a Quadrant score of 2624 was achieved. 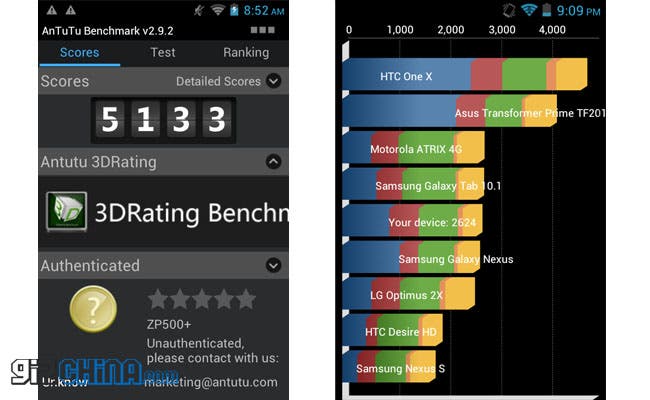 Web browsing, occasional gaming along with emailing and news reader apps all open and close with out any notable lag and the overall feeling is of a swift phone rather than a super fast high performance beast.

The Zopo ZP500+ Libero sells for $199.99 which seems like a lot for a phone with only a 4 inch screen and 512mb RAM, especially when similar phones cost almost half however the ZP500+ does have a few things going for it which might make it worthwhile to some customers. 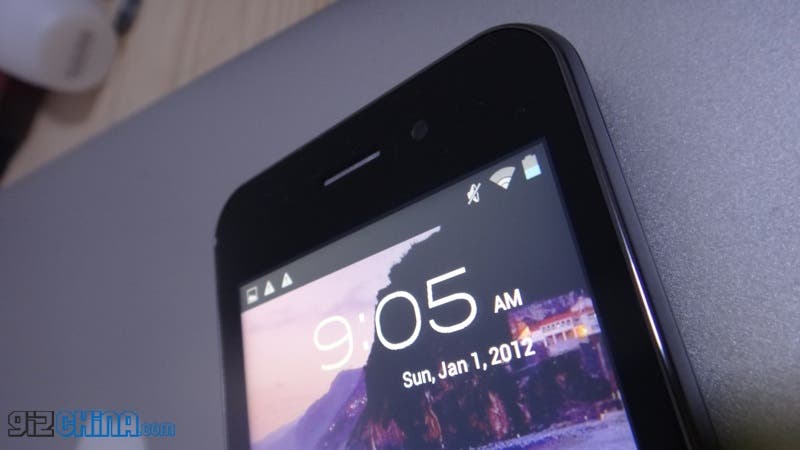 It is well made and is manufactured by a brand with good reputation and English speaking support! What’s more unlike a lot of the phones we see arrive out of China the ZP500+ is very easy to buy and can be ordered now with no delay!

If you are looking for a phone which is more phone than ‘smartphone’ and you don’t necessarily need GPS or an awesome camera, the ZP500+ might be for you, but if you want a high performance do everything and replace your camera type of phone, then you will want to look at something else.

If you want to buy a Zopo ZP500+ Libero head over the the ZopoMobileshop here.

Next Knock off iPad mini Smart Cover available from less than a $1 from China!