80’s Chinese console brand made a bit of a comeback this year with the launch of an Android tablet and impressive dual-core smartphone, but for 2013 Subor are stepping it up a gear with the quad-core Dream S!

Subor’s current phone, the Dream X, is a find device. It ticks all the boxes with its dual-core MT6577 cpu, 4GB ROM, 4.5 inch HD display and 1GB RAM, but so do a huge number of very similar Chinese models.

For 2013 Subor are stepping things up with the launch of the new quad-core Dream S, but rather than following the crowd and opt for a 5-inch display and MT6589 CPU they have chosen something a little different!

While many companies including UMi, JiaYu, Oppo, Lenovo etc, are headed down the Mediatek route for their flagship phones, Subor are reportedly going with a Qualcomm APQ8064 quad-core processor chip clocked at a very hot 1.7Ghz! This on its own should prove to be powerful enough, but to ensure there is no bottle neck, Subor have dropped in 2GB too! 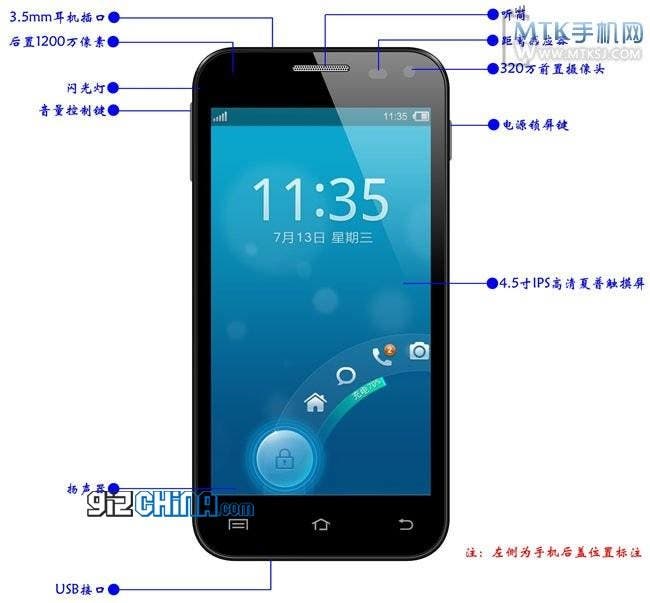 Subor have also gone their own way with the choice of screen size and will be offering the Dream S with a 4.5-inch 1280 x 768, which is a change for the previously mentioned 1080 display.

Other highlights of the Subor Dream S include a 12 mega-pixel main camera, 3.2 mega-pixel front camera, 3500mAh battery all held nicely inside an attractive 9.8mm body!