UMi might not have ironed out the kinks with the quad-core UMi X2, but that hasn’t stopped them from starting work on an all new quad-core Android phone named the UMi S1!

News of the UMi S1 popped up over the weekend with many reports claiming the phone is unnamed, but worse still only headed to market in India. Our sources at UMi have come through again to put the record straight and also allow us to post some exclusive renders of the new phone. 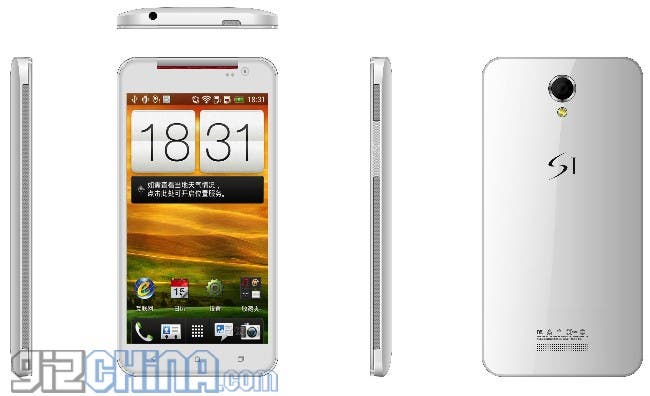 UMi are telling us that the new phone will be named the UMi S1, which we presume is going to b the first phone for an all new ‘S’ line of devices. It will be available in both white and black, and the design is influenced by current HTC phones.

The whole phone comes in at around 9.7mm thick making it thicker than the X1s but thinner than the X2. No news on when the UMi S1 will go on sale, but according to our UMi source it won’t exclusive to the Indian smartphone market.