Newman are one of the few Chinese phone makers which leak their products and announce them in a sensible time frame! The 5.5-inch Newman K2 appears to be no exception!

A few days ago we reported on a new Newman phone model named the Newman K2. The phone expands on the already popular K series range of phones and will be the first phone in the Newman line up to boast both a 1080 display and 1.5Ghz quad-core MT6589T Turbo chipset!

The latest spy photos of the Newman K2 give us a better idea of what this new phone is going to look like, the answer is very similar to the UMi X2! If the K2 didn’t have the chrome strip around the edge (and the large 5.5-inch panel) the Newman phone and the UMi X2 would look almost identical. 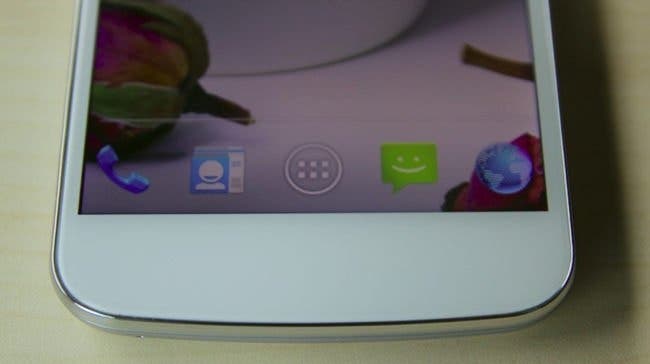 As usual we are relying on sources close to Newman for the hardware details of the Newman K2, but as they have been accurate in the past we have no reason to question them this time.

We don’t have any word on pricing but we could see the Newman K2 tip the scales at just 1499 Yuan ($244). We expect the phone to launch within the next month or so.

Next Mediatek MT6592 8 core processors coming by the end of July!