A Nvidia Tegra 4 powered Xiaomi Mi3 has appeared again on GFX Bench, could this be the final processor choice?

Not exactly breaking news as we reported on the Tegra 4 Xiaomi GFX scores over a month ago, but as the phone has appeared again and with only a day to go until launch could this be final proof that the next flagship Xiaomi will be a non Qualcomm device?

There are a few things that we are sure about with the Mi3, it will have a 1080 display, at least 13 mega-pixel camera and 2GB RAM and run MIUI, but one thing which has remained a mystery is the processor. 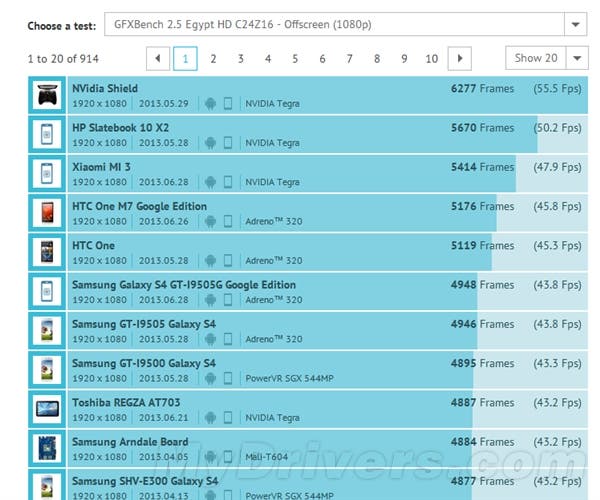 The popular choice is that the Xiaomi Mi3 will run a Snapdragon 800 quad-core SoC. The current Mi2S has Snapdragon 600 and all previous flagship Xiaomi devices have used Qualcomm chips so it makes sense. However there is also evidence that it could run the new Nvidia Tegra 4 processor.

As with the previous GFX Benchmarks they confirm the Mi3 will have a full HD display and run Android 4.2.1.

We will be at the launch of the Xiaomi Mi3 tomorrow so keep posted for more Xiaomi Mi3 news.