Judging by the timing of the leaks and proximity to the annual Xiaomi festival we believe the next Xiaomi phone Lei Jun refers to in the below Weibo message will launch on April 9th. 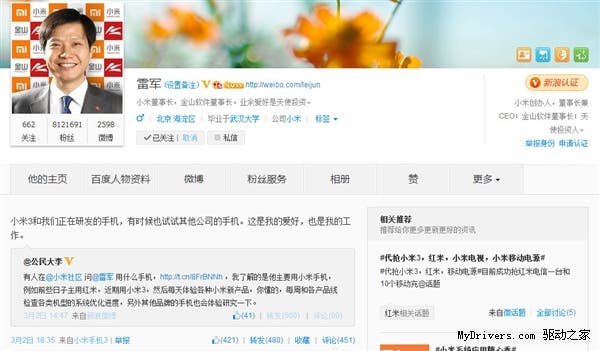 This new phone is believed to be a new version of the Xiaomi Mi3 named the Mi3S. This new phone is believed to have support for 4G LTE networks, more memory and updated camera modules both front and rear. In addition to the Mi3S there could also be 2 new Xiaomi Redrice models launched on 9th April with the top end model sporting an octacore processor.

As always the Mi3S should cost 1999 Yuan for the base model and the Redrice phones should start at 799 Yuan. China will be getting these devices first with launches in Singapore, Taiwan and Hong Kong occurring after.