Following up on the JiaYu G4C is the JiaYu G3C which uses the same classic G3 design but with a lower price and higher specification.

The original JiaYu G3 was the phone which really sparked things off for JiaYu. The phone looked great had a HD display, high end cameras and a powerful (for the time) dual core processor. Even years later the G3 still looks great and demand for the phone continues.

The JiaYu G3C is the latest version of the G3. It has the same classic metal body, 4.5-inch 720p display and 1GB RAM, but with a new 1.3Ghz MT6582 processor to help reduce costs without harming performance. 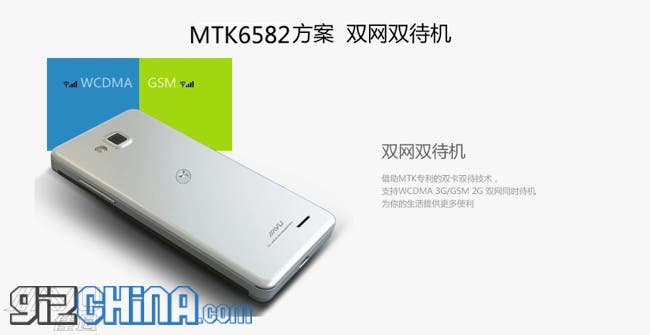 As with previous G3 models the JiaYu G3C has a 3000mAh battery, 2 mega-pixel front camera, 8 mega-pixel rear but will go on sale for just 769 Yuan (in China). The release date has been set at 10th March, so keep your eye’s peeled for reseller stores offering the phone.