Chinese upstarts OnePlus and Meizu are already pointing fun at the recently launched iPhone 6 range with a couple of images posted on their respective Facebook pages.

When Apple released the iPhone 6 and iPhone 6 Plus, there was plenty of sniggering from the Android community. For a company that had stood firm against large display’s to finally thrown in the towel with 2 new large screen options was just too funny for Android purists.

It’s not just the size that fans and even smartphone companies have picked up on though, as both OnePlus and Meizu have taken friendly digs at Apple with posts on their Facbook pages today. 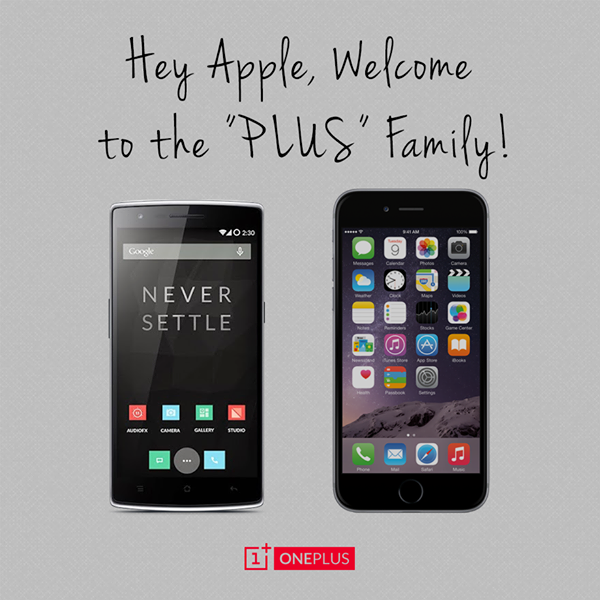 OnePlus decided to welcome Apple to the “Plus Family” joking about the use of the world Plus in the new large iPhone’s name. While Meizu complimented Apple on the design of the iPhone 6, which does happen to have a few similar design aspects as the Meizu MX4.

Fans of both company have found the messages to be playful and good-natured, we wonder if iPhone fans will see them in the same light?

Previous Qualcomm outs Snapdragon 210, an LTE-on-budget-SoC to counter the MT6290