During my visit in Shenzhen I met up with the UMi team where I was allowed exclusive access to the unreleased UMi Hammer S. Here are my first impressions of the all new USB Type C phone.

Back in October of last year I sat down with a few people from UMi. During the meeting the new team behind UMi told me how they hoped to turn the brand around and launch exciting new phones with cutting edge features. What I was told during the meeting was similar to what other brands had promised, but the only difference is that UMi have actually tried to meet their goals.

We saw a change in the way UMi operated with the release of the UMi Zero. The phone was well received for its alloy build and AMOLED display. Although there were issues, UMi did keep updating the phone with new OTA and even custom ROMS to improve things.

After the Zero came RootJoy. A simple PC suite for rooting, updating and backing up UMi smartphones. Then we were treated to the release of the UMi Hammer, UMi eMax and UMi Iron. All those phones, plus the launch of headphones a new an online community has all happened in just a matter of months. 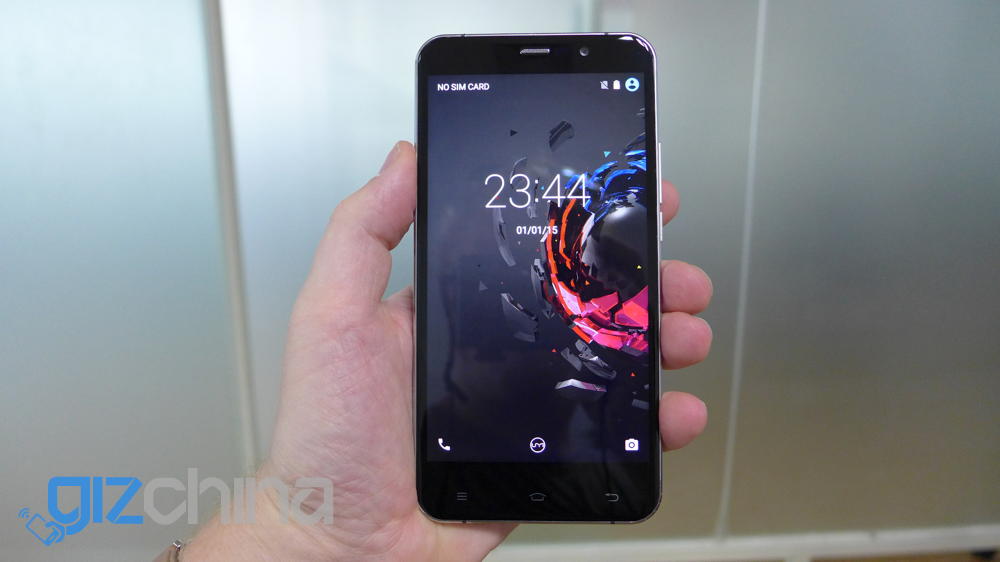 Although UMi have already launched 4 phones this year so far, we are already waiting on the release of the UMi Zero 2, a new budget phone called the UMi Fair and the next generation UMi Hammer S.

The original UMi Hammer was a phone designed for people on a budget who wanted something that looked good but can take a knock or two. We proved the Hammer wasn’t shy of a beating in this video. 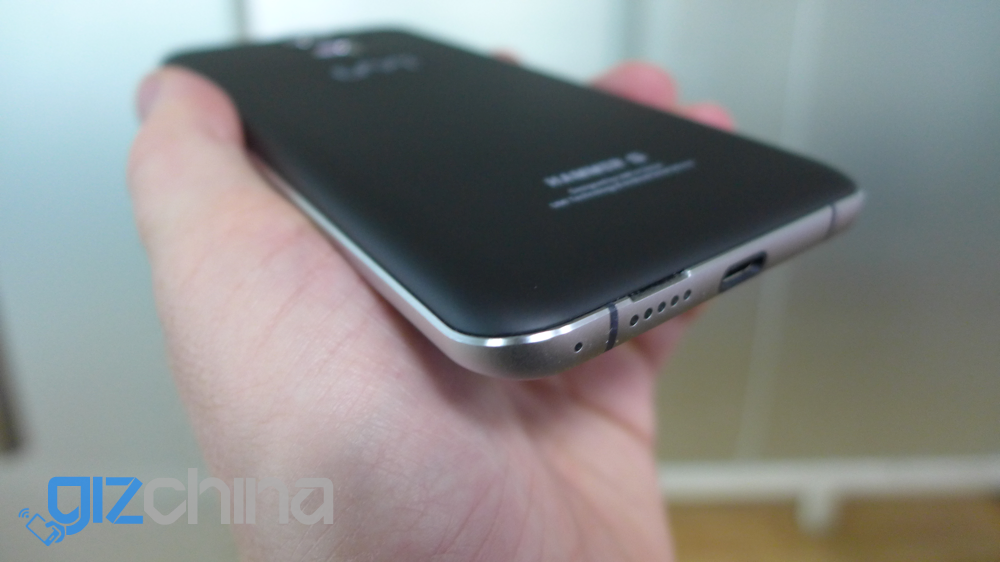 With the UMi Hammer S, UMi have kept their promise of a tough build, without making the phone look like a rugged device, all the while maintaining a low-cost. With the Hammer S UMi have also been adding high-end features not normally associated on devices costing just $129.99. 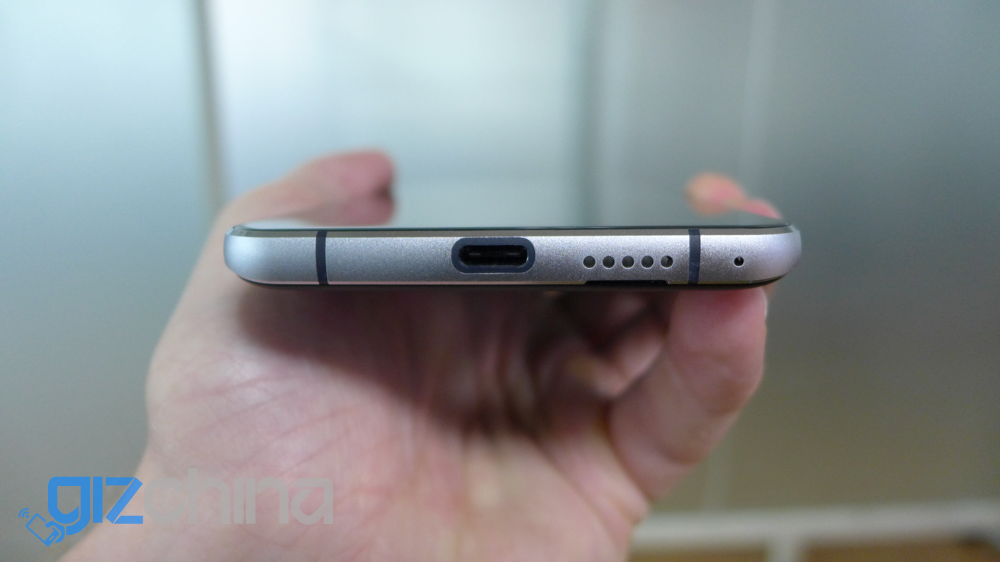 When getting a UMi Hammer S in your hand, it is the weight of the phone you notice first. It is obvious that UMi want the Hammer S to withstand an irregular amount of abuse, and have done so by building the mid-range handset around a machined aluminium chassis.

There is a lot of aluminium in that chassis, so much that I would be more worried about what I dropped the phone on rather than the phone itself! I have a feeling that if you were to drop the UMi Hammer S on a glass table the table would loose, I bet a drop to concrete would even result in a chipped flagstone! I’m not sure of the final figure but UMi say the phone will weigh around 200g with its removable 3200mAh battery.

Design and build of the UMi Hammer S are better than you would expect from a Chinese smartphone costing just $129.99. I only got to try a couple or pre-production samples, they weren’t perfect but overall I would say the Hammer S I tried looks and feels better made than production versions of the UMi Iron. 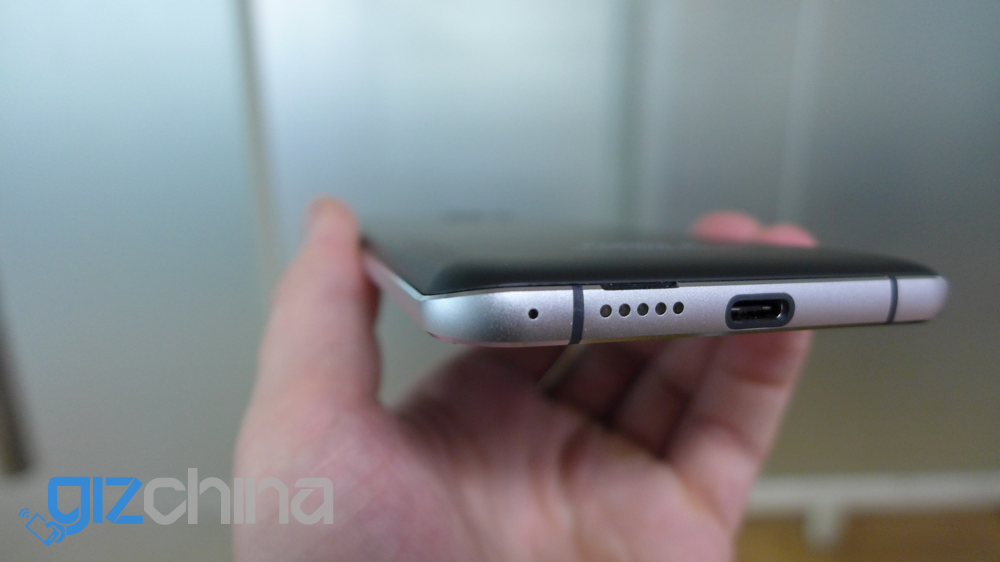 That tough metal chassis has a similar curve to it as the Xiaomi Mi Note, wrapping the rear edges around and making a comfy pillow shape that sits in the palm of your hand. The chassis is machined to a through 100 processes to give a smooth finish. Looking around the edges of the phone you will discover the usual features (volume rocker, power button, speaker) plus an IR blaster and USB Type C (features not common at this price).

There seems to be a little confusion around the camera on the UMi Hammer S, specs and online stores state that it is a 13 mega-pixel sensor when in fact it is an 8 mega-pixel Sony IMX179. Still it is surprisingly fast and the photos I took looked good on the 5.5-inch 720p display. 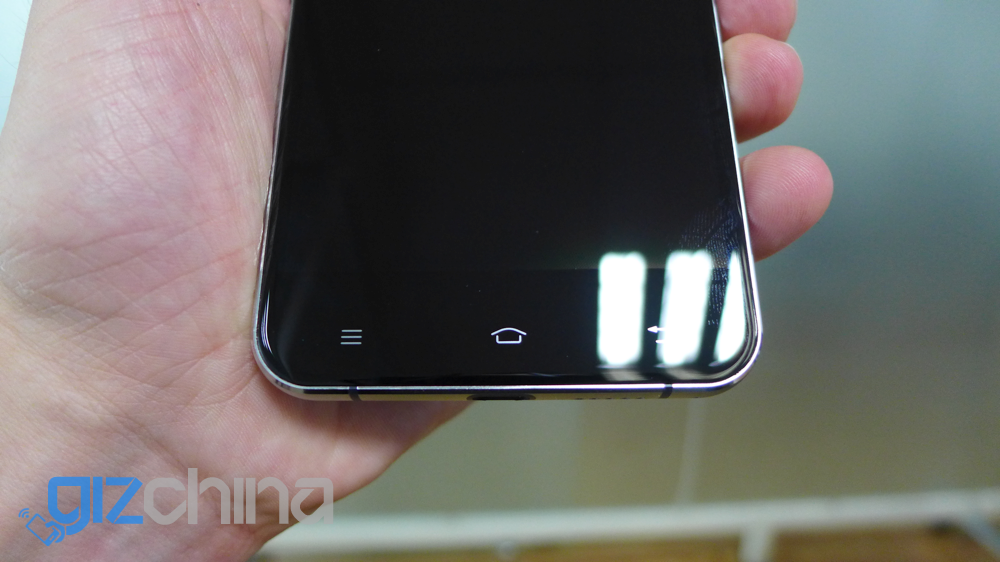 Speaking of the screen, the glass panel has a 2.5D glass curve to it for a nice smooth transition. Being part of the Hammer family we should expect some sort of laminated glass, but we haven’t been informed if it will be Gorilla Glass or not. Running the numbers on the UMi Hammer S is a quad-core Mediatek MT6735 chipset with 2GB RAM and 16GB internal memory. The MT6735 isn’t the most potent processor on the planet but at the price it should perform well enough for all but the most demanding gaming situations. Also, being a slower quad-core 64bit chip and using just a 720p display should mean fewer trips to the charger. 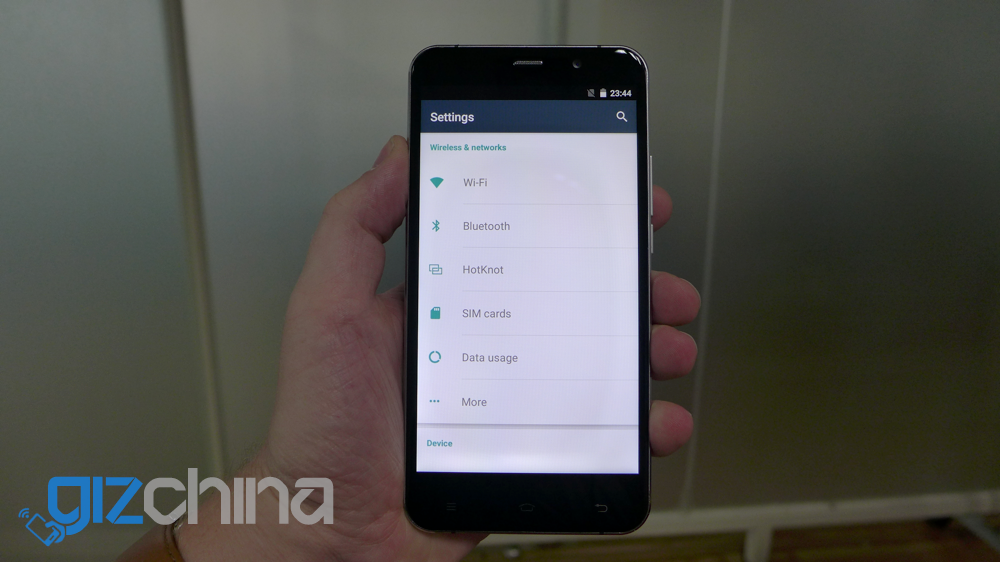 Other interesting details of the UMi Hammer S include GSM, WCDMA and FDD-LTE support. Taking a look at some reseller sites, they are listing the UMi Hammer S as having Band 20 LTE but I would need to confirm this to ensure it is accurate. The phone also supports Hot Knot file transfer and can be connected to RootJoy to install custom ROMs if you don’t like the stock Android 5.1 experience.

The pre-production sample I tried wasn’t quite finished, but what I have seen of the phone so far is impressive. I would like to see how that fingerprint scanner works and to give the camera a real world test. I was left feeling the UMi Hammer S will be a good budget choice and I was happy with the overall user experience, the only issue I think most people will have is the weight of the phone.

If you are considering to buy the UMi Hammer S my opinion is to go for the black model. It looks more upmarket than the white. We hope we will get some time with the final production version of the UMi Hammer S once it is launched later this month.