Looking at the newly revealed ZTE Axon Max alongside the Huawei Mate 8 here you would really struggle to tell one from other. Both phones have a very similar gold body, and on the rear, even the camera bezel design features the same look. 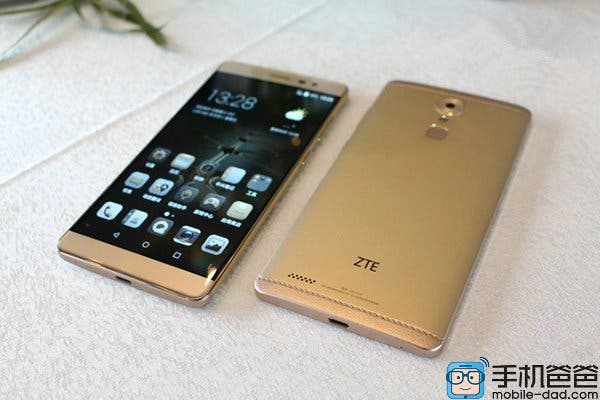 There are a few physical differences we can tell though, for example the upper and lower bezels on the front of the Huawei are slightly narrower than the ZTE Axon Max, and on the rear the Axon has those familiar leather patches, just a single LED flash and a square fingerprint scanner.

ZTE have obviously wanted to create a premium flagship, but looking at the hardware it seems that they weren’t to concerned with making the most powerful device on the planet. 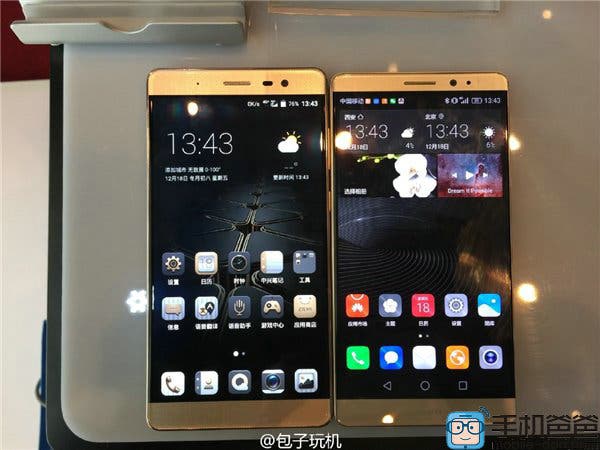 The display is a 1920 x 1080 panel receiving its pixel pushing orders from a 1.5Ghz Snapdragon 617 octacore chipset and 3GB RAM. There is 32GB internal memory, plus space for a 128GB SD card plus dual SIM support (we don’t know about the sim and SD arrangement at this time).

A large 4140mAh battery is charged through a USB Type C via a Qualcomm 2.0 fast charger.

Camera specifications include a front 13 mega-pixel and rear 16 mega-pixel camera. The rear camera has an aperture size of F1.9 and PDAF fast auto focus. Android 5.1 ships on the phablet running ZTE’s MiFavor 3.5 OS.

Pricing in China will run from 2999 Yuan, and currently the phone will only be available in China.

Next Oukitel K4000 Pro another phone/hammer with bigger 4600mAh battery