2015 saw a tonne load of phone launches, from companies across several target groups. While most Chinese phones bet on having a lower price, some aimed to impress with their feature sets.

It is now your turn to help give this list some order by voting for your favourite phone!

So let’s get started. 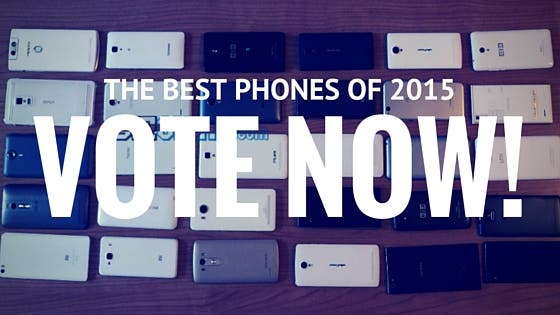 What we did was we first cumulated a list of the best 20 phones from this year and then marked each phone with who of the two, between Andi and myself, made the addition.

Very clearly, Xiaomi rules this list with five entries; Lenovo, Elephone and OnePlus have two while every other phone in the list is from a different company.

Here we ask you to vote for what you think should be the number one phone on this list. We’ll then publish the results in the first week of January.

Meanwhile, if you’re lost for context, feel free to click on any phone’s name to read its review! Vote here: