Those recent leaks of a phone purported to be the Nokia 8 have been confirmed as false!

A few days ago we reported on a smartphone that many media sources believed to be a new Nokia flagship called the Nokia 8. This phone would feature a Snapdragon 835 chipset, and boast a rather impressive OIS stabilisation system for the main camera.

Rumours that the phone was a new high-end Nokia came from a source named Total Tech Media, who it turns out to be TK Tech News. According to Android Authority, the person/people behind the Youtube channel are know fraudsters and even @Evleaks has had dealings with them in the past resulting in Evan Blass accusing the people of swindling him out of crowdfunding money.

To further pull the leak apart, the German site who originally took the photos states that the handset is nothing more than a reference device manufactured for Qualcomm for demonstration purposes only (a common practice that even Mediatek uses for new launches). 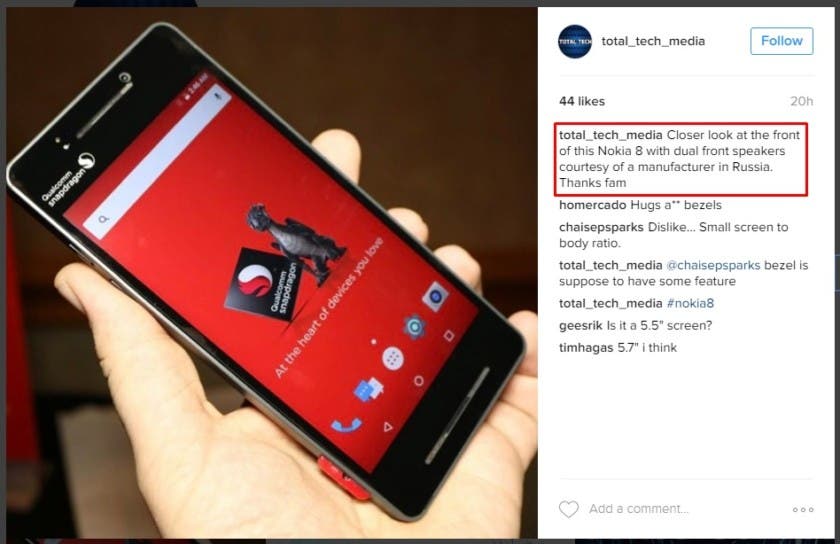 So while those leaks and specs we have seen so far do look to be fake we do still have an upcoming Nokia announcement to look forward too, and that device could still be a Nokia 8, jut not this one!

Next MGCOOL Explorer 1S launched, yet another 4K action camera