Shenzhen based Chinese smartphone maker has announced the availability of its limited edition OnePlus 5 JCC+ across the European Markets. Announced in collaboration with fashion designer Jean-Charles de Castelbajac, the OnePlus 5 JCC+ is a premium Smartphone made especially for the trendy smartphone shoppers looking to show off.

The device was announced and available for purchase about a week ago at a pop-up event in Paris while online availability began from October 2 all through Europe.

The device is more or less the same as the regular OnePlus 5, save for a completely redesigned colorful hardware buttons and a handwriting-adorned rear cover.  It is available only in 8GB + 128GB and comes with the same price tag as the “regular” OnePlus 5 – €559 / £499.

It is worth mentioning that the edition OnePlus 5 JCC+ is a limited edition of the OnePlus 5 and may run out of stock sooner than you think. It’s available for purchase directly from OnePlus’s official website. 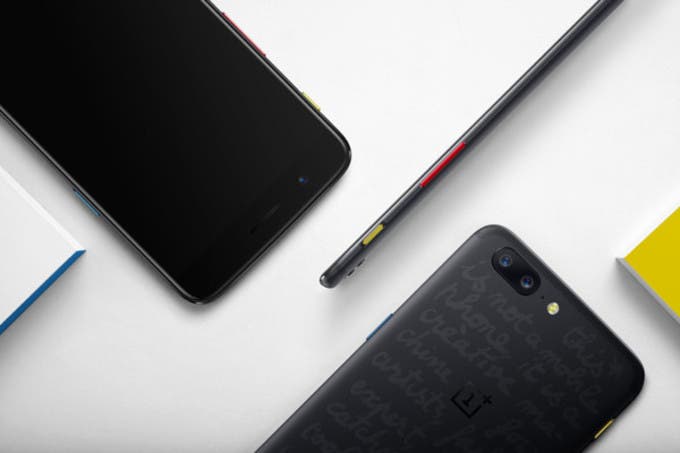 OnePlus 5 is Oneplus’s 2017 flagship phone packed with all some of the best components you can think of in 2017 including a 5.5-inch Optic AMOLED display with a full HD resolution of 1,920 by 1,080 pixels and Gorilla Glass 5 protection, octa-core Qualcomm Snapdragon 835 processor clocked at 2.45GHz, 128GB of non-expandable flash memory, 3,300 mAh battery with fast charge and many more.

Next Could this mystery phone be Xiaomi's Redmi 5?