The new Google Pixel phones launch event is almost upon us, but it appears the leak won’t stop pouring in.A major though unofficial leak has revealed full specs of the larger LG made Google Pixel 2 XL.(More renders of the Pixel 2 XL here.)

The spec sheet, which was posted by Roland Quandt of winfuture.de reveals some few surprises here, considering what we have had in the rumor mill in the last couple of days.

Starting off with designs, the upcoming Pixel 2 XL will be made entirely of an aluminum casing with a smaller glass window on the back, but it is not certain if it comes with any sort of  IP rating.

The leak has it that the Google Pixel 2 XL will include a large 6” LG made P-OLED screen Contrary to earlier reports that the XL pixel 2  will include a 5.5-inch display. It comes with an aspect ratio of 18:9 screen with 1,440 x 2,880px resolution and is laden with 3D arc glass featuring damage-resistant Gorilla glass 5.

When it comes to power, it appears the leak corroborates previous rumor which reported the Pixel 2 XL will be powered by latest Qualcomm Snapdragon 835 chipset that has been the preferred one for most recent flagships.

There will be a 4GB of RAM and 64GB storage on board the device, but there isn’t any mention of possible 128GB or 256GB versions. 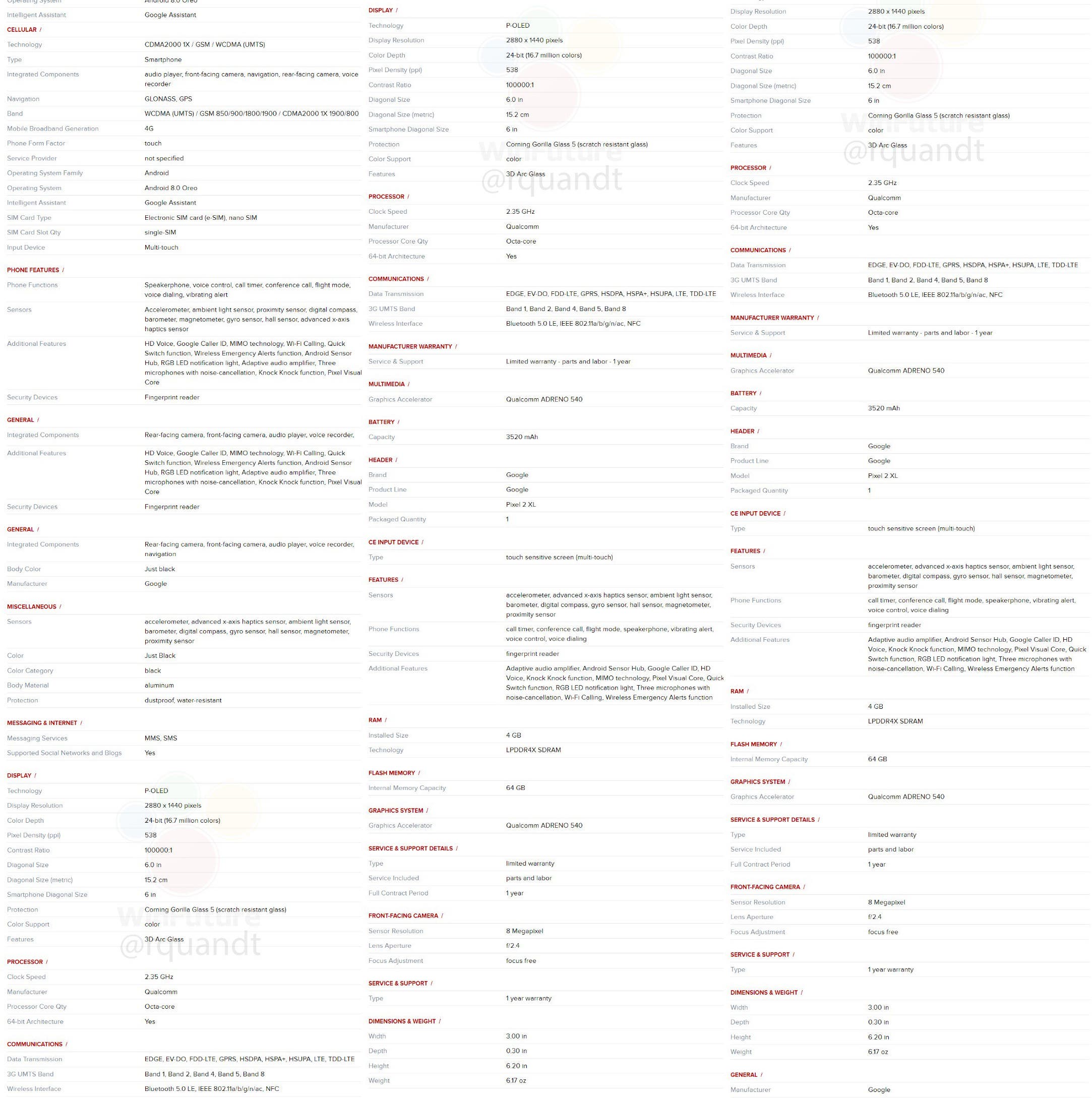 No mention of what the device holds in terms of rear camera, but listed an 8MP front-facing sensor with f/2.4 aperture.

The spec sheet has also now clear the true position on its connectivity options. The device will be dual SIM enabled, featuring one nano-SIM slot and one permanent eSIM (embedded SIM). The device may be available in single SIM variant, we just have to chill till it’s officially ascertained.

We cannot confirm from the specs sheet the true position of 3.5mm audio jack, but the sheet features Adaptive Audio Amplifier, three mics with noise cancellation and Wi-Fi calling.

The device will come with front-facing stereo speakers, a welcome development which has already been confirmed by the premature Walmart listing of Google Home mini. 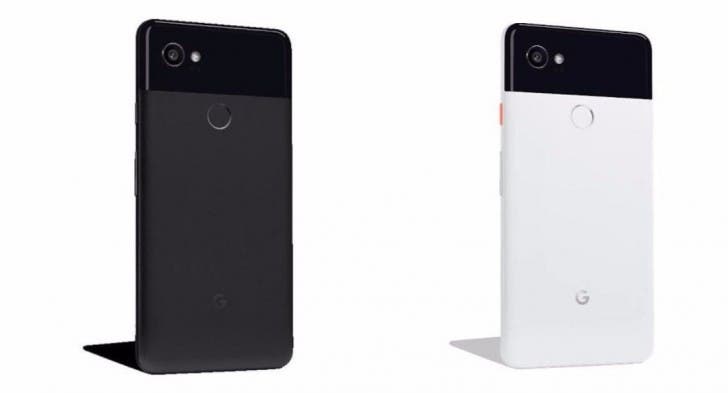 Other than that, the Pixel 2 XL will be powered by a non-removable 3,520mAh battery with fast charging, but no wireless charging.It was reported earlier to have a 2700mAh battery, these and much more should be confirmed shortly when the device becomes official.

Nothing is official yet until it is officially confirmed, so keep an eye here as we keep you posted.

Previous Google Pixel 2 XL : Walmart leak shows off the Phone in another angle

Next Bluetooth stereo headset for just $8.39 ? No problem