The Huawei Mate 10/Mate 10 Pro flagship model is scheduled to be released in four days (October 16) in a special event held by the Chinese company in Munich, Germany. Recent reports show that this smartphone whose major selling point is its powerful Kirin 970 chipset that boasts of impressive AI capabilities is up for pre-registration in the Chinese market and has already amassed a whopping 48,675 registrations in a few hours on Vmall. This value should have increased as at the time of this report. 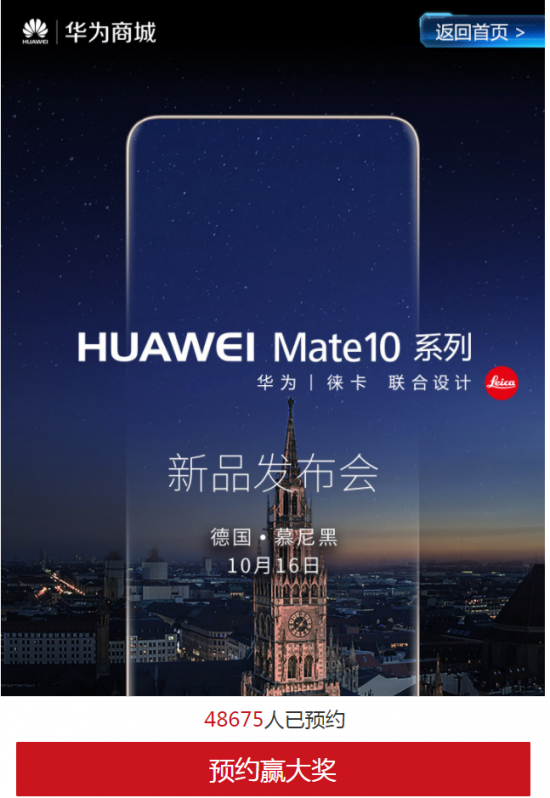 The benefit of pre-registering for this smartphone is that you will be eligible to partake in its first flash sale which will be announced at a later date. There will also be a grand prize draw for some amazing freebies which includes Huawei Mate S. This is only available to those who pre-register.

As a reminder, this smartphone is rumored to come with a 6.2″ display with 2160 x 1080 pixels screen resolution and it will be powered by Huawei’s own Kirin 970 SoC which has a built-in AI capabilities as stated earlier. It should also have a dual camera set-up which is made up of a 20-megapixels camera supported by another 23-megapixels camera snapper. This smartphone will sport a huge 4000mAh battery which will last a whole day on a single charge. Earlier reports, leaks, and speculations about the Huawei Mate 10/Mate 10 Pro/Mate 10 Lite can be found HERE.

Next Nokia 8 Won't Launch in US, says HMD Global