Earlier today, ZTE announced a device that harkens back to the Kyocera Echo. The brand new ZTE Axon M is a smartphone that features to seperate 5.2-inch 1080p displays that are joined by a hinge system. The device can be folded for a standard 5.2-inch device, or unfolded to get a mini tablet with a 6.75-inch screen.

The device features a ton of interesting features, starting with its sturdy metal and glass construction. It’s supposedly sturdy enough to last the device, which is worrisome due to that hinge. It’s also quite heavy at 230g, though it makes sense since this is basically a whole phone and another display complete with frame. 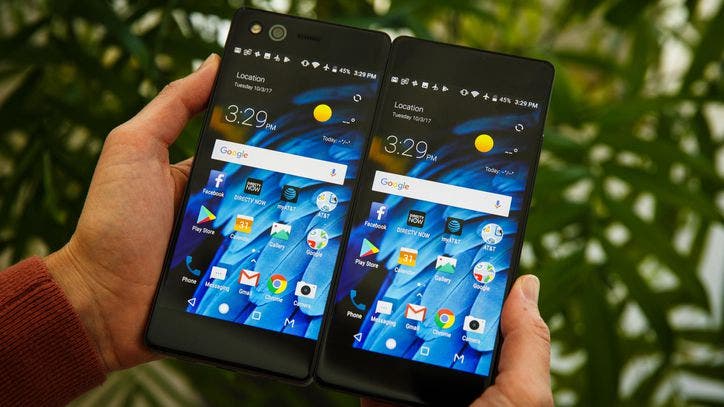 Making use of the folding capabilities are a few modes that can be interchanged via an ‘Axon M’ button. The modes available are mode A which uses both displays as one huge display, mode AA which mirrors the same thing on both displays and AB mode which allows both displays to be used separately.

Unfolding the device, you can leave it in a tent mode for presentations or games, as the hinge provides enough resistance to stay put at just about any angle, but folding it out completely will give a satisfying click and stay flat. Functionally, it seems like it could be used in a similar to Windows convertibles like the Lenovo Yoga tablets. 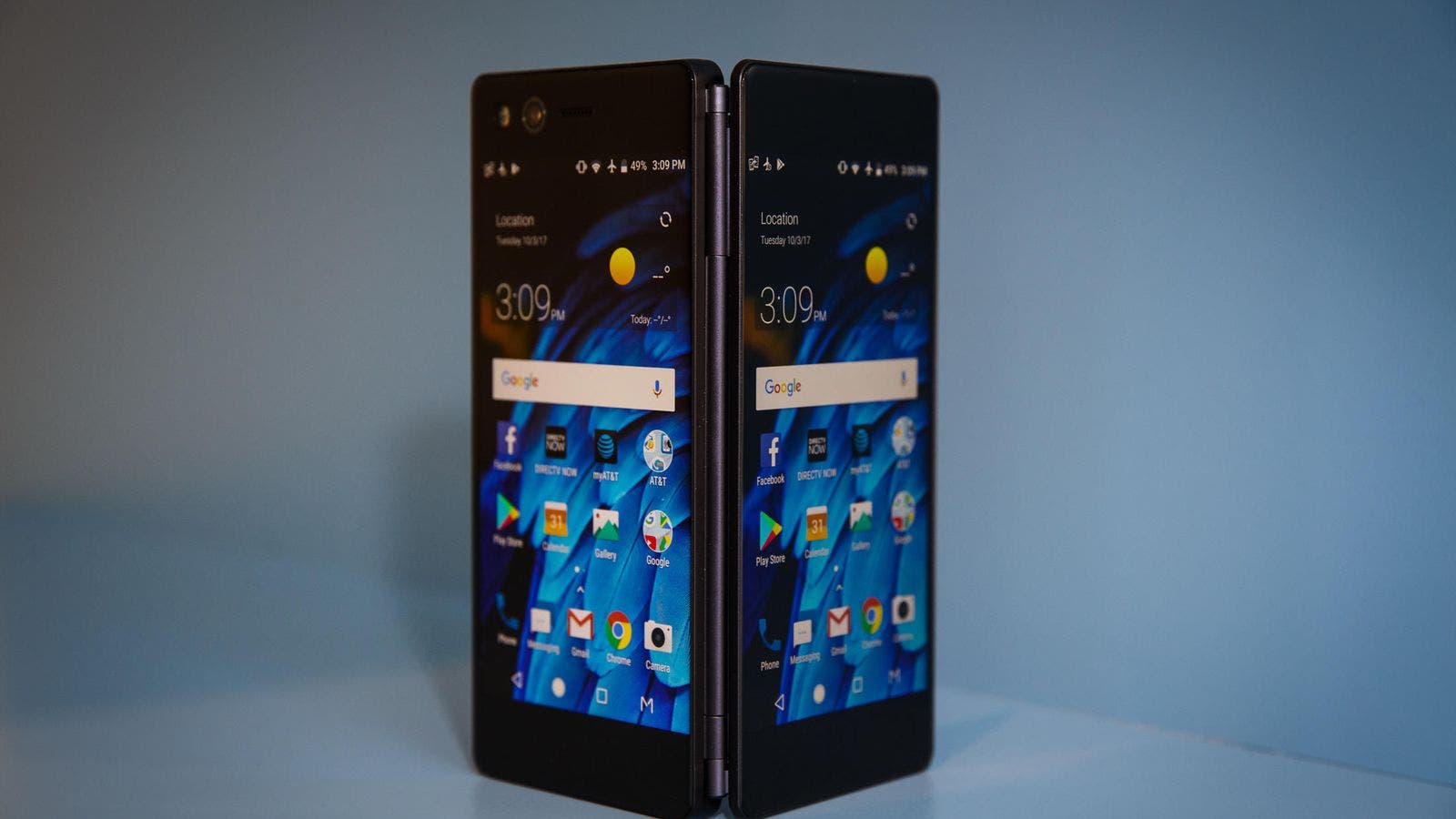 The device is also certainly not a one trick pony. The spec sheet is quite decent with a Snapdragon 821 processor, 4 gigs of RAM, and 64GB storage. It’ll come running Android 7.1.2 Nougat as well as worrisomely small 3180mAh battery. This is the main flaw of the device, and it was also a flaw on the infamous Kyocera Echo.

The 20MP camera on the Axon M sits at the front of the device while in clamshell mode. This means it serves double duty as the front and rear cameras. It’s well equipped too with an F/1.8 aperture, image stabilization (photo and video), and phase detection autofocus. There’s also 4K video recording, which is nice. 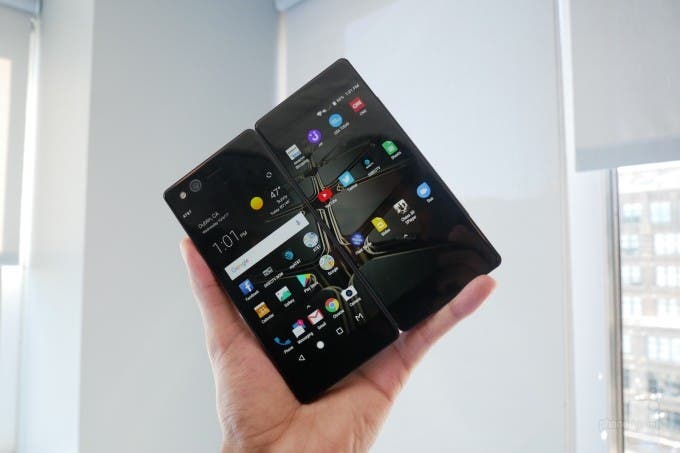 The Axon M seems to be a nice device for media consumption, and its dual speakers certainly help in this regard. Charging is handled with a USB-C port with Quick-charge 3.0. The main concern here is mainly battery life, as well as the device’s price tag of about $730.

In the US, the ZTE Axon M will be exclusively sold via AT&T, costing $24.17 per month for 30 months, or $725 outright. The Axon M is slated to go on sale sometime next month. It will also be launched in other markets like  Europe, Japan, and China. Overall, it’s a fairly interesting device, and quite innovative in a lot of ways. We’d wait for reviews before making the plunge however as that 3180mAh battery is worrisome.

Previous Deals: Dodocool Crazy Sales and Coupons over at Amazon!