Today we learned the new-gen Xiaomi Redmi 5 and Xiaomi Redmi 5 Plus will be officially unveiled on December 7. They are going to be the next 1000-yuan handsets bringing a full-screen experience to more customers. In this sense, the price set for these devices is awesome. But you don’t have to think about them as low-end and worthless smartphones. There are a few other key features but the 18:9 full-screen. And among them, we should mention MIUI9. Today it’s been officially announced the Redmi 5 models will be launched with the latest MIUI version out of the box. 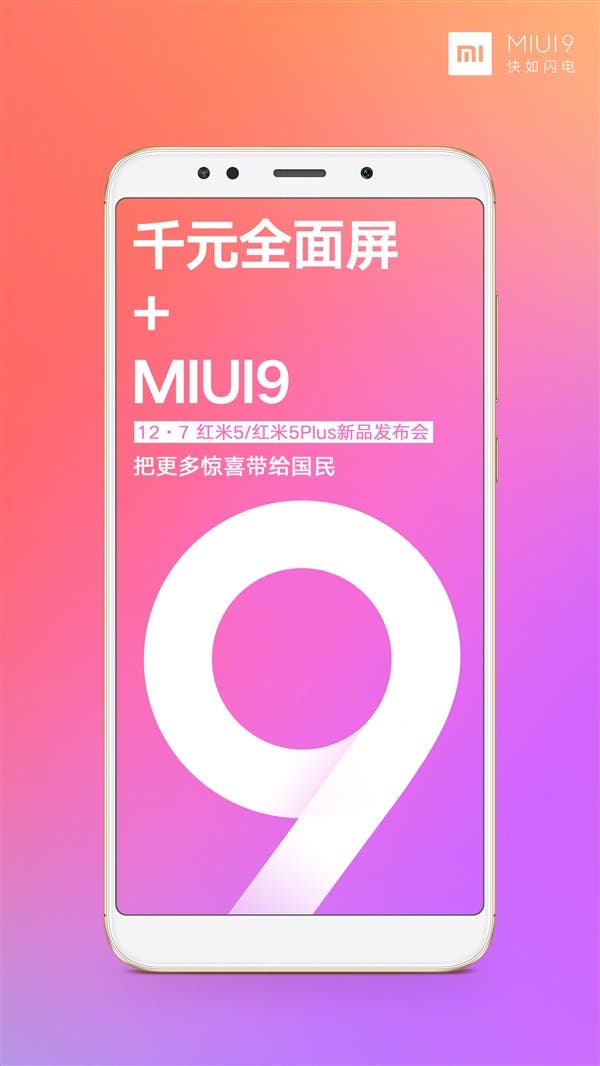 It’s worth mentioning, the MIUI9 comes with an interesting concept in mind dubbed as the ‘fast lightning’. It is also fully optimized to provide smoother and more stable performance. Especially, it adopts the first black technology including an application startup acceleration, dynamic resource allocation, continuous auto-finishing, new file system and real-time anti-fragmentation of the memory to ensure the fluency of the phone is fast.

Currently, MIUI9 is being pushed to a list of Xiaomi phones including the Redmi Note 4, Mi 6, Mi Max 2, and many more. So with the launch of the Redmi 5 series handsets, the company will bring this amazing UI to more Mi users.

Next Why Did Andy Rubin Leave Google?