The first full-screen smartphone of 360 Mobiles has been launched a few days back. It’s considered to be the cheapest smartphone with such a design and belonging to the super mid-range category. As you know, this is a new category for smartphones that adopts mainly the Snapdragon 660 chip found on a few devices such as the Oppo R11s, Vivo X20, and Xiaomi Mi Note 3. But what’s surprising the 360 N6 Pro was announced without its ‘prolog’. There was no original 360 N6 with a ‘weaker’ or ‘regular’ specs list. This caused a huge stir. Then 360 Mobile President, Li Kaixin was asked why the 360 N6 wasn’t launched before the Pro version. His answer was surprising but it hinted at an upcoming model in the nearest future. Today, the company published a poster officially confirming the release date. We are waiting for the next full-screen phe on December 12. Thus the company wants to boost the sales at Chinese Cyber Monday. 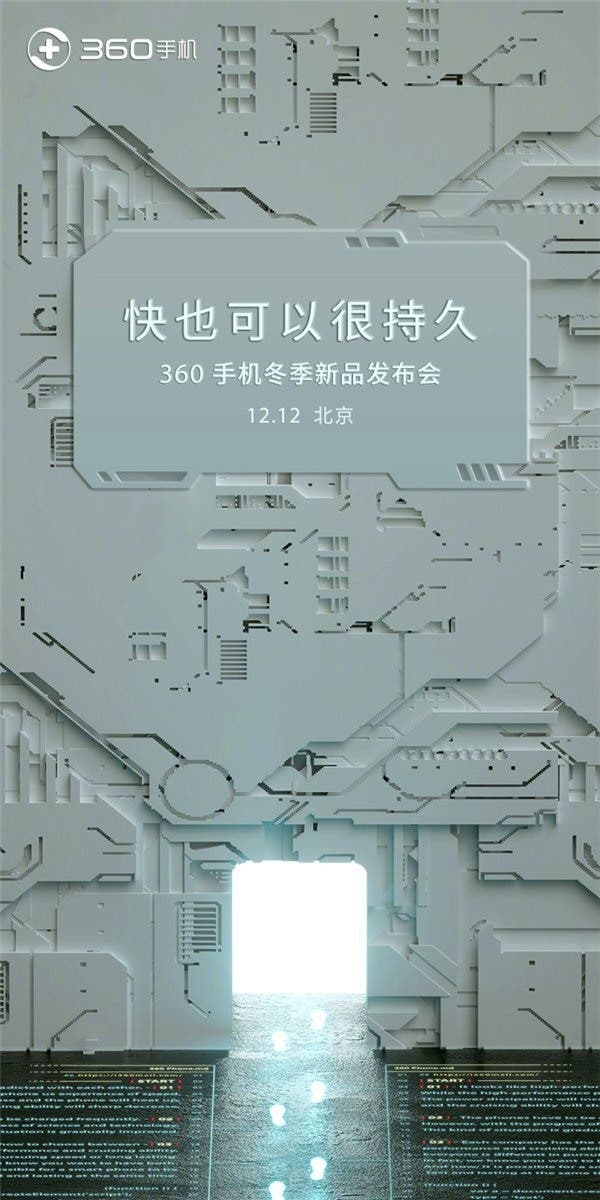 The 360 N6 official preheating poster comes with a phrase of ‘fast can be long’ (or something like that translated from Chinese). This means the manufacturer has focused on two features highly demanded nowadays – faster performance and longer battery life. Earlier we have heard the 360 N6 will be packed with a new Qualcomm SoC, Snapdragon 630. This is a bit ‘weaker’ than what its sibling comes with (Snapdragon 660). But the Snapdragon 630 is promised to bring a smoother performance than its predecessors and provide a better power consumption management.