Once the Snapdragon 845 was officially announced, we have started getting more and more rumors and leaks about the upcoming flagships that should sport this chip. Undoubtedly, the Samsung Galaxy S9 will be the first or among the first models. But its predecessors have come with a revolutionary design. So we are expecting the Galaxy S9 will offer something unseen as well. We have already seen some leaked photos showcasing the company has narrowed the chin keeping the forehead at the same size. If those photos are real, Samsung has canceled the symmetric design. But today an alleged front panel of the forthcoming Galaxy S9 has been leaked showing the company still uses the same appearance.

Earlier we have got some leaks concerning the hardware of the Samsung Galaxy S9. Those spotted data revealed the next-gen Samsung flagship will be packed with a 5.77-inch display. Nothing has been said about its curvature. So we assume the Korean manufacturer will continue using a double-curved design on its models. 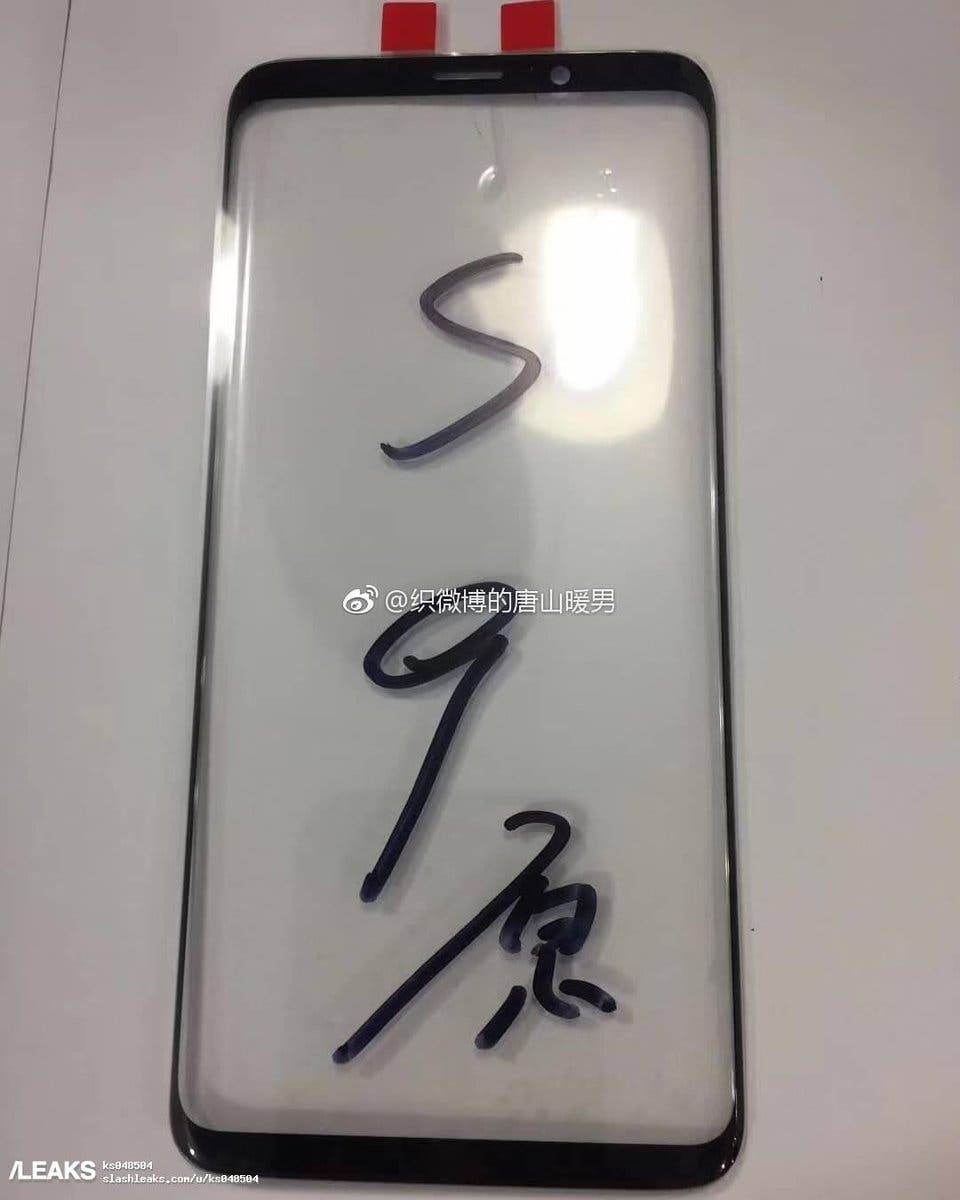 So even if this spotted photo is real, and Samsung won’t redesign the front panel, there are too many improvements making the Samsung Galaxy S9 one of the most anticipated smartphones in the world. At last, the back panel will be redesigned for sure. As you know, the fingerprint scanner is placed too close to the camera module preventing normal interaction with the phone. Thus even if the Galaxy S9 doesn’t manage to become the first phone with the under-glass fingerprint scanner, the back-mounted regular reader should be moved.