A few days ago, we reported that an unresponsive LG Wallet app surfaced on Google Play Store. Now, a fresh report from South Korea suggests that LG Pay will penetrate the US on or before the end of the second quarter of 2018. This payment platform is already active in South Korea this if this information pulls through, the US will be the second market t support this payment system. 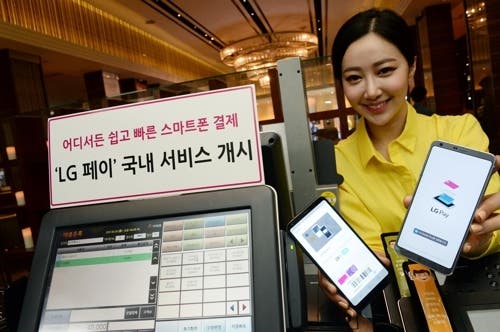 According to the report, LG Pay will be available in the US as LG Wallet. This implies that the inert app which surfaced on Google Play Store a few days ago is designed for use in the US. From the app listing, you will need the unreleased LG G7 to install it. This payment system will subsequently spread to other LG devices but for a start in the US, only LG G7 and LG V40 will be able to use it. Rumors have it that LG G7 will not exist as the company plans to change the nomenclature of the G series. However, conflicting information also suggests that LG will stick to the G series. I guess we will have to wait for about a month at the Mobile World Congress (MWC) where the LG G7 or whatever it will be called will be unveiled. It is most likely that the LG Wallet and the G7 will be announced concomitantly.